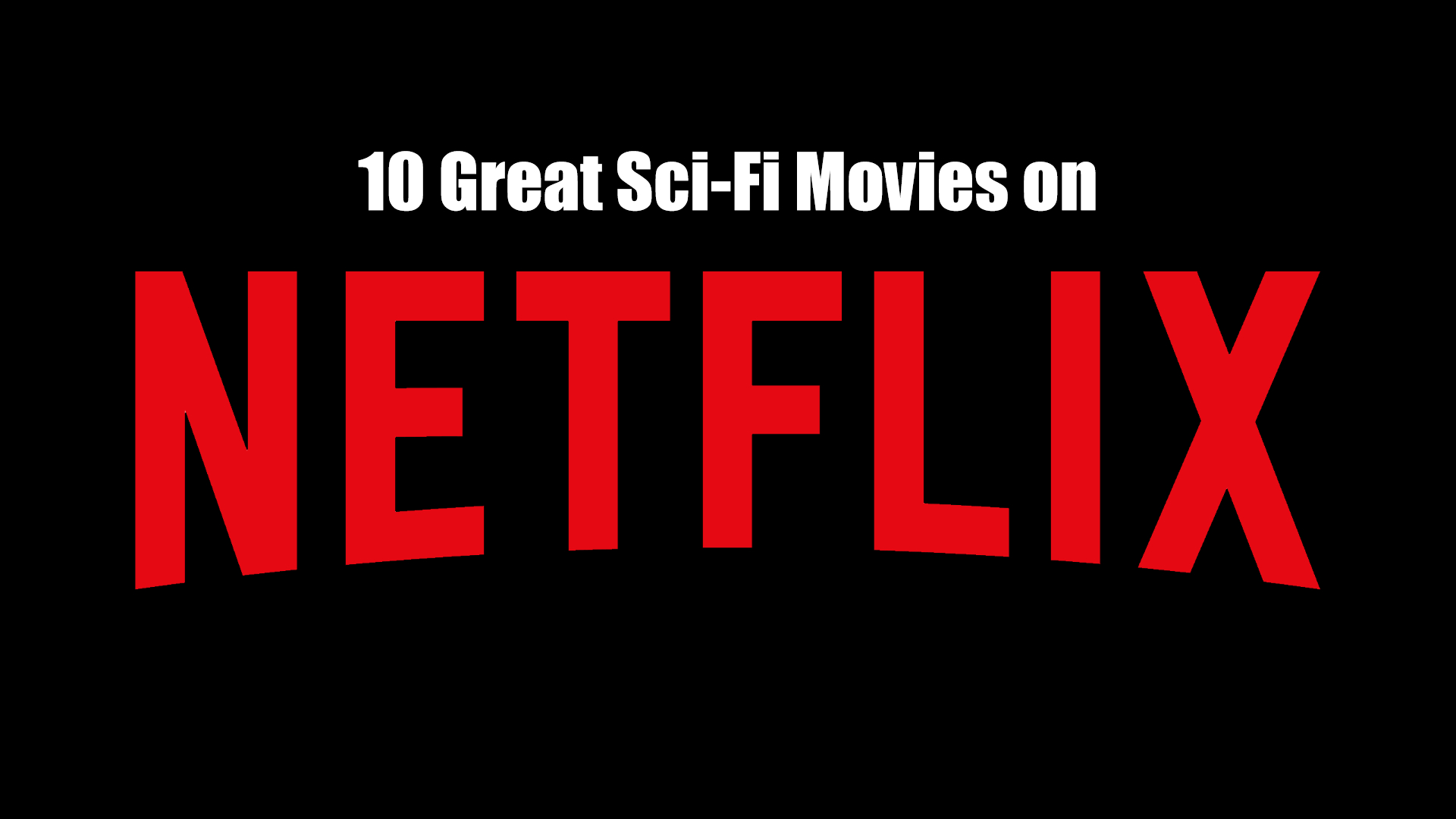 Sci-Fi is an incredibly versatile genre because it allows you to explore new worlds and interesting scientific theories in many entertaining, thought-provoking ways. And today we’re going to recommend 10 great sci-fi movies that are currently available on Netflix for you to watch.

A corporation sends 26 creatures, which were developed as a food source, across the world as a PR stunt. However, when they take one of the creatures (Okja) away, Mija (Seo-Hyun Ahn), sets out to get her back. What makes Okja special is its direction, which mixes many different elements (Science fiction, horror, comedy) together without feeling tonally confused, and Seo-Hyun Ahn’s performance which easily invests us in her struggle to get Okja back.

Mark Watney (Matt Damon) becomes stranded on Mars after his expedition team evacuates. Mark has one goal, survive. Thankfully, the world’s space agencies begin mounting a mission to rescue him. The Martian is great sci-fi. The entire cast makes their characters and the technical dialogue feel very natural. The special effects really sell the experience. And, it does a great job making the science feel accurate.

Truman Burbank (Jim Carrey) slowly realises that his life is a TV show. He’s being filmed from every angle 24 hours a day. And lives inside the world’s biggest set. The Truman Show is a fantastic dark comedy that uses its sci-fi trappings to make great statements on humanity’s voyeuristic nature. In fact, with the continual expansion of surveillance technology, the Truman Show is more relevant now than ever.

While on a training exercise Judge Dredd (Karl Urban) and rookie judge Anderson (Olivia Thirlby) get locked inside a futuristic skyscraper full of bloodthirsty gang members. With no retreat, the only option is to fight to the top to get out. Dredd’s futuristic setting explores many pressing issues such as the justice system and overpopulation, but it also facilitates some of the best action of the past decade.

5. Sci-Fi Horror – A Cure for Wellness

Lockhart (Dane DeHaan) goes to a remote wellness centre to retrieve his CEO. However, he soon becomes injured, meaning he can’t leave, and he begins to believe the facility is hiding something sinister. But what is happening and can Lockhart escape? A Cure for Wellness feels like a classic Universal horror film. Where the gothic atmosphere is thick and engaging. And the minor sci-fi ingredients greatly amplify the horror.

Sarah (Eva Green) is training to become an astronaut but she must try to balance her training with her family life, particularly preparing her daughter Stella (Zélie Boulant) for when she leaves. Proxima is an amazing look at the physical and emotional hardships astronauts go through to prepare for space travel, but it’s also an affecting family drama and an inspiring tribute to female astronauts. It’s also buoyed by Green and Boulant’s excellent performances.

After Roy Neary (Richard Dreyfuss) has a mysterious encounter with an unidentified flying object he and the government begin investigating and trying to contact alien life. Close Encounters is a fantastic exploration of how obsession with the unexplainable can negatively affect people and can also be used to cross boundaries.

8. Steampunk Sci-Fi – Castle in the Sky

Sheeta (Keiko Yokozawa) holds the key to finding Laputa, the castle in the sky, and along with Pazu (Mayumi Tanaka), she must try to outrun the pirates and a government agent trying to find Laputa for greed and conquest. A touchstone of modern steampunk fiction, Castle in the Sky is a thrilling adventure with a fun story and wonderful characters who populate an inventive fantasy world that melds modern and primitive technology together beautifully.

9. Children’s Sci-Fi – Spider-Man: Into The Spider-Verse

When Peter Parker dies Miles Morales (Shameik Moore) must become his world’s Spider-man and defeat the Kingpin with the help of the spider-people of several realities. Into the Spider-Verse is perfect kids science fiction because it’s full of great action, gorgeous visuals, and creative use of sci-fi concepts like alternate realities. But it’s also grounded by a fantastic lead, a great supporting cast, and a positive message about carving your own path.

10. Surreal Sci-Fi – Sorry to Bother You

Cassius (LaKeith Stanfield) begins losing touch with his roots after being promoted at his telemarketing company until he discovers a new project the company is working on. Sorry to Bother You is a vehicle for social commentary. This movie critiques capitalism, race, media and uses sci-fi elements to create a riveting dystopian portrait of contemporary life.

Those are just 10 great sci-fi movies available on Netflix. If you have any favourites we missed, let us know.

Also Read: The Future Is Now: How Sci-Fi Imagined the Future 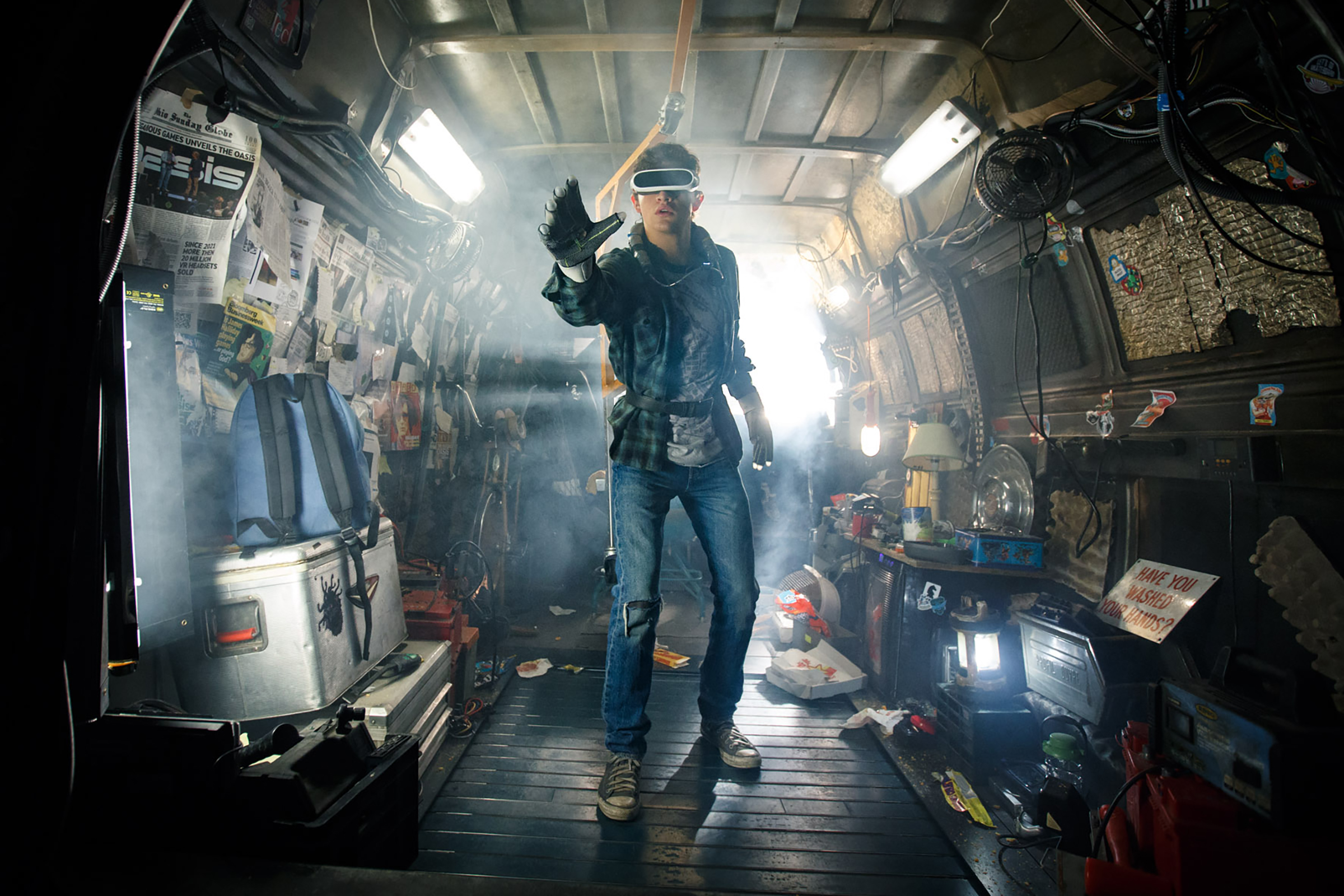 It was one of those “I really need to go see that” movies that I didn’t end up seeing on the big screen, so I had to settle for a much smaller screen at home when it came out on DVD and Blu Ray in July. And I’ve only just watched it, in August.

Anyway, preamble over. Let’s get to it.

This didn’t feel to me like a Spielberg film largely because so much of it takes place in an entirely CGI-realised virtual reality world called the OASIS. Set in 2045, the protagonist (an orphaned teenager called Wade Watts, whose father was a comic book nerd, naturally) is one of millions of gamers making regular use of the OASIS to escape from their less-than-glamorous lives through their avatars. As his avatar Parzival, Watts experiences this unrestricted world where anything goes and anyone can be whatever they want; he spends most of his time there with Aech, a gaming buddy who he’s never met in real life.

If you’re a parent of online gaming teenagers, this element of the film will immediately strike a chord with you.

The OASIS was co-created by eccentric designers James Halliday and Ogden Morrow. After Halliday’s death, his avatar Anorak delivered a pre-recorded message to the users of the OASIS announcing that whoever locates the Golden Easter Egg hidden in the game will be granted full control of the company – gamers must find three ‘keys’ that unlock the gate to the Easter Egg, each of which are scattered somewhere in the OASIS and can only be found by solving riddles. Naturally, this attracts the attention of every gamer hooked into the OASIS, as well as Nolan Sorrento, CEO of Innovative Online Industries (IOI) and his “Sixers”, labourers forced to pay off debts by working for IOI within the virtual world. Parzival, Aech, and fellow egg-hunter Art3mis team up to find the keys and win the Golden Easter Egg, and ownership of the OASIS.

Phew! I’ve probably made that sound more convoluted than it really is – apologies if you’re lost/bored already.

Actually, Ready Player One is easy to follow, as long as you’re listening. There’s a lot of initial exposition by Watts (played by Tye Sheridan), but not so much that you feel bogged down in it. The film is well-paced with only a few main characters to worry about.

This is very much a movie for teenagers (the very occasional profanity throughout may rule out younger viewers), especially those who make heavy use of online gaming. However, the pop culture references constantly exploding out of your screen will appeal to a certain demographic of adults too.

And there are a lot of pop culture references in this movie. A lot. I can’t emphasise this enough, actually. Lots and lots.

If you like anything directed or produced by Spielberg in the 80s and 90s or connected with him in any way, this is the film for you. As a pop culture enthusiast, I found myself straining to take in every single movie and gaming reference on the screen. I was amazed that Spielberg – even Spielberg – had managed to acquire the rights to so many instantly-recognisable characters, vehicles and, for a particularly spellbinding portion of the film, sequences from classic works of the late 20th and early 21st centuries. He apparently spent years gathering them, and still didn’t get everything he wanted.

I had a lot of fun trying to take it all in, and I still probably only managed to ingest about fifty percent of it. If you’re like me and you know your DeLorean from your chest-bursting Xenomorph, I think you’ll really enjoy this film. If you haven’t watched a lot of movies, it may feel like a bit of an overload, however.

Ready Player One is visually dazzling from start to finish. Industrial Light and Magic created the film’s extensive visual effects, expertly directed by Spielberg from a Zak Penn script. Sheridan’s lead is supported by Olivia Cooke (Art3mis), Ben Mendelsohn (Sorrento), Simon Pegg (Morrow) and the wonderful Mark Rylance (Halliday), who I loved in The BFG and Bridge of Spies. The actors slip easily between their “real-world” selves and their avatars, the seamlessness of which is a credit to them and their director.

My only real criticism of the film is its length. With a run time of 140 minutes, it can definitely feel long after a while, especially by the time the third act rolls around and you’ve already been blasted fairly relentlessly with dozens of pop cultural references and roller coaster CGI. In addition, adult viewers may sometimes find that the narrative and dialogue are aimed too squarely at the younger audience, who are likely to absorb the video game-like action sequences more readily.

But don’t let that deter you. Ready Player One is a totally immersive and entertaining experience as a film. I went into it not really knowing what to expect, but I thoroughly enjoyed it. You can view it as a commentary on contemporary gaming culture, in which people invest themselves to such a massive extent that their identities start to become transferrable between virtual reality and actual reality. Or you can just enjoy the visual spectacle and not worry too much about what it means.

Pop it into the Blu Ray player on your next available Friday night and let Spielberg take you with him on his own pop culture homage train – who better to go with?