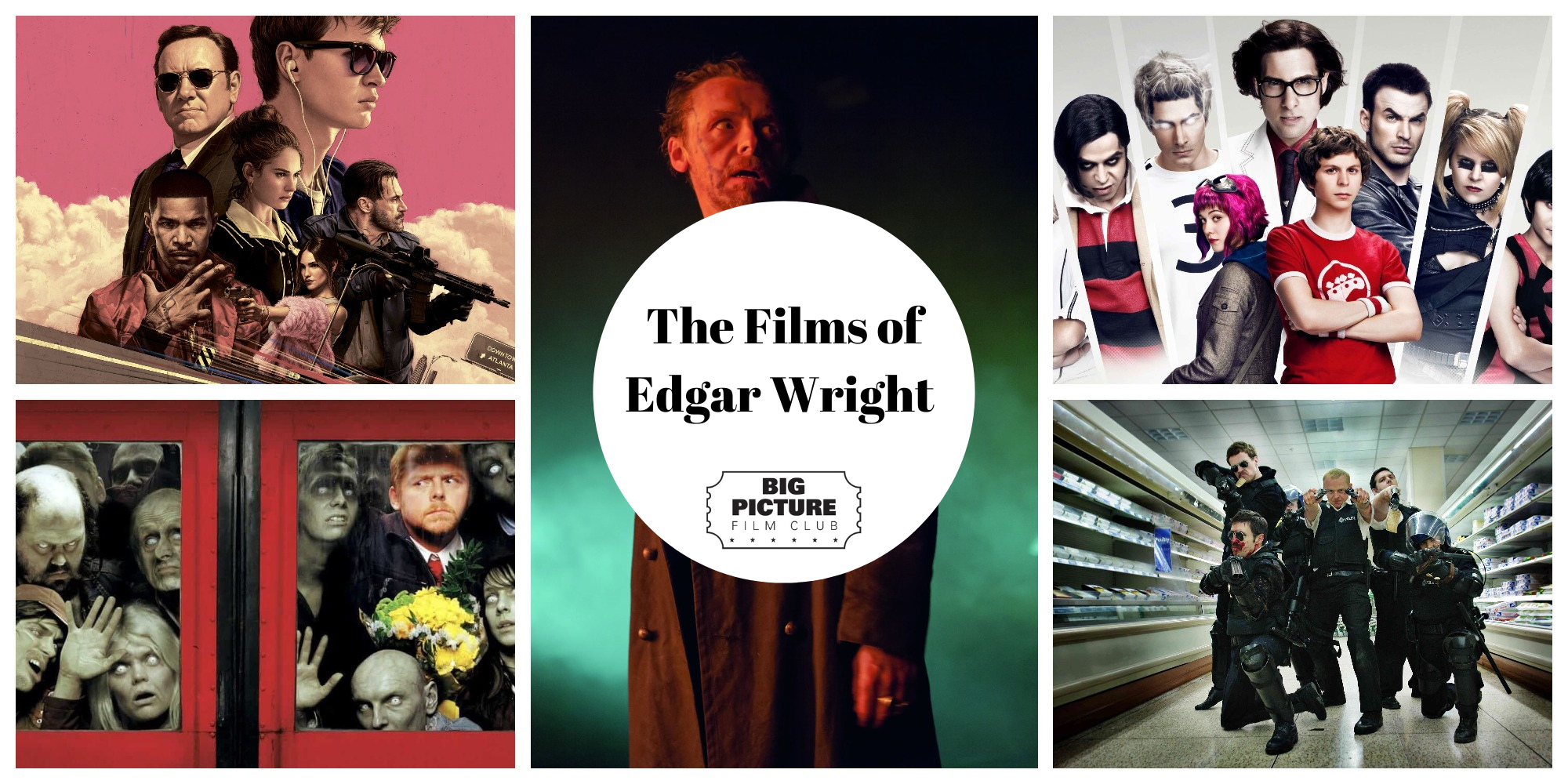 Edgar Wright is a phenomenal director. He can do action, he can do comedy, he can do tragedy – and he can do it all in one scene. Let’s start with the greatest thematic film trilogy of all time…

#1 Strawberry – Shaun of the Dead

In the early 2000s, I remember reading that Simon Pegg and Edgar Wright, co-writer and director of the brilliant sitcom Spaced, were working on a film and I thought “that’ll probably be good”. I was wrong – it was a great film. I would go so far as to call it a perfect film, there is not a single part of it I would change. A film that was billed as a zombie spoof became far more than that (although even as a zombie spoof it works fantastically well), one of the best comedies ever made with more emotional depth than Oscar-winning dramas. Simon Pegg made a fantastic everyman hero, Bill Nighy excelled as unloved stepdad Philip and even Dylan Moran stretched himself to play a character who wasn’t a version of Dylan Moran. You can see the film as a zombie story, a tale of Shaun getting his girlfriend back or a film about Shaun sorting his life out. Jokes range from relationships to zombie horror with tangents into orangutan impressions. This a film that completely obliterated my expectations and remains one of my all-time favourite films.

As with Shaun of the Dead what could have been a cheap parody became one of the best, if not the best, example of the genre. In a sensational example of misdirection, we are lead to believe a rampage of murder and destruction is all about supermarkets going out of business but is actually a terrifying tale of people trying to make the perfect village. The film easily going from cop action film to claustrophobic British horror (everyone who has visited a small town has heard the “he’s not even from around here” statement). Even more so than with Shaun of the Dead the cast is packed with amazing talent; there are two Oscar winners in the cast (Olivia Colman and Jim Broadbent), small roles are filled by people like Alice Lowe and Rory McCann. I firmly believe that Simon Pegg as Nicholas Angel is the best portrayal of any police officer ever seen on film or television – hugely effective yet understands the importance of rules for the police, understands the letter and the spirit of the law, works with the community and doesn’t like guns.

The final part of the so-called Cornetto Trilogy that is not really a trilogy. There are themes than run through them all like friendship and growing up, but there is no common story. The World’s End changes things up a little with Simon Pegg playing the irresponsible character and Nick Frost being the more stable person. Pegg’s Gary King is still stuck in his teenage mindset, immature, irresponsible and at times downright idiotic but convinced of his own brilliance. He corrals his old friends to finish a pub crawl they started in their youth only to discover that the town has been taken over by robot duplicates. The World’s End deals with genuinely weighty and emotional topics- addiction, suicide and feelings of failure whilst still being very funny and still a first-rate sci-fi film.

I saw this not knowing the source material at all. I loved Wright’s films and I knew Michael Cera from Arrested Development but I had decided I liked it even before any actors appeared. The Universal logo was rendered in 1980s 8bit graphics and I was already on board. What followed was nearly two hours of nerdy awesomeness as Scott battles his prospective girlfriend’s seven evil exes. Scott himself is not a terribly likeable character but grows on you through the film, especially as exes are uniformly bad people ending with supremely smug Gideon Graves. Another fantastic castlist including Superman, Captain America, Johnny Storm and Huntress. Chris Evans stealing the show with insufferable skateboarder/blockbuster movie star Lucas Lee who has his stunt doubles join the fight. Again Wright throws a curve ball when what saves the day is not Scott’s love for Ramona but in finding self-respect and dealing with the bad things he’s done.

Edgar Wright has perhaps made the best zombie, the best police action film and best graphic-novel-adaptation-set-in-Toronto film and he has probably made the best car chase film. Or at least the best chase; which you can watch in entirety as well as the charming several minutes of Ansel Elgort singing along and sort-of-dancing to the Jon Spencer Blues Explosion on youtube. This scene was based on a music video Edgar Wright directed a long time ago, with Noel Fielding playing the driver and presumably it was his previous obligation to the Great British Bake Off that stopped him reprising the role. There is a slightly loose plot and villain of the film switches between Kevin Spacey, Jamie Fox and Jon Hamm but the film is still stunning. There are amazing car chase scenes but there is also the music. Music has always been important in Wright’s films but some people have said this film should be viewed as a musical. Using the device of Baby constantly listening to music to drown out his tinnitus there is seemingly music always playing. Many people have commented that the film often feels like a musical, not just because of the music but the way scenes are filmed – colour matching laundrettes and gunshots synchronised to the music.

This surely has to be one of the most impressive resumes in film history, beloved cult classics, endlessly quotable, with some of the funniest moments in any film ever. Wright has at least two of all my time favourite shots. Some filmmakers are praised for “never making a bad film” whereas Edgar Wright should be celebrated for only ever making great ones.