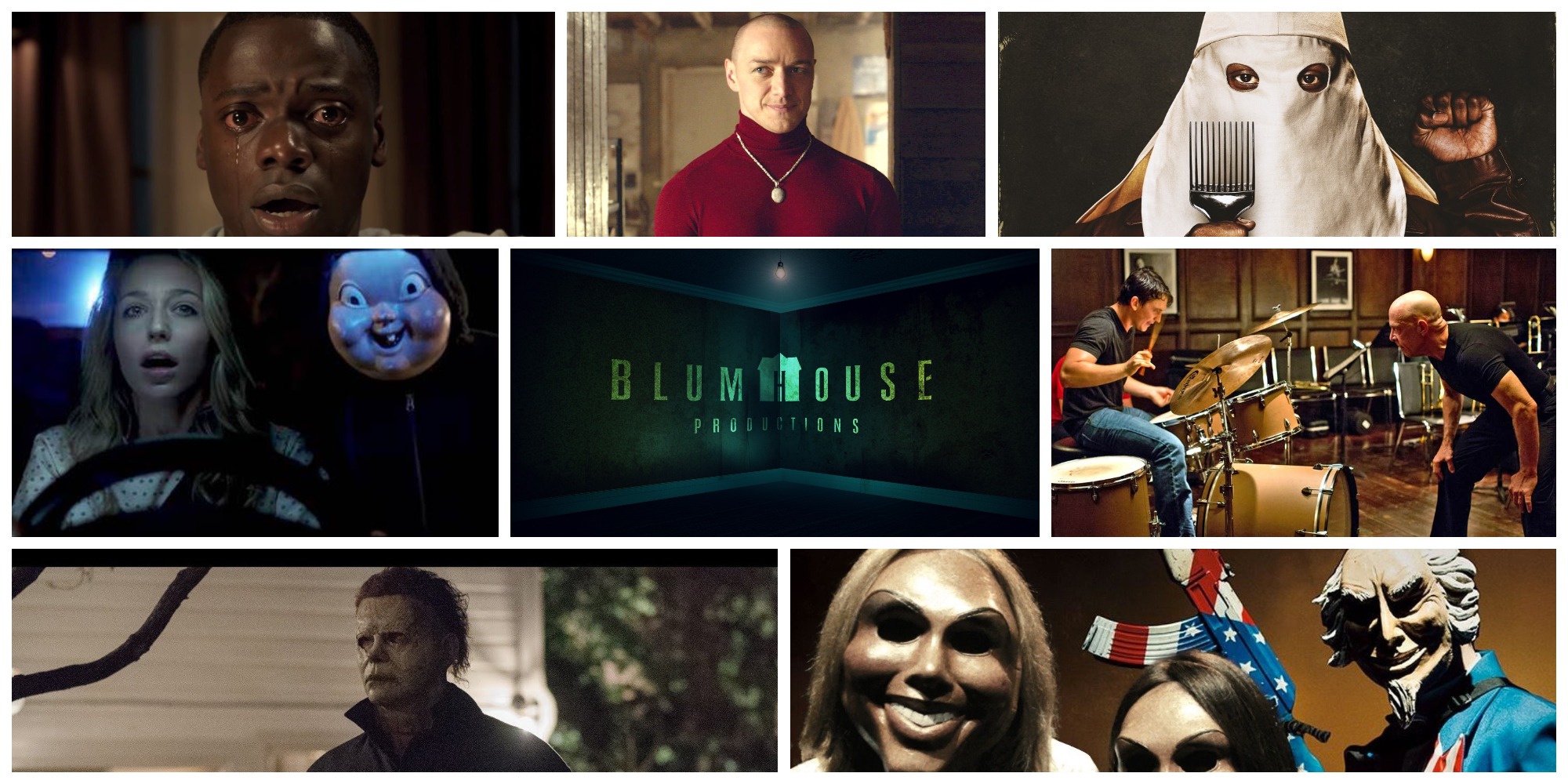 Blumhouse has an incredibly varied history. Having produced three of the top twenty highest-grossing horror films of all time (Split, Halloween (2018) and Get Out), some well-regarded Oscar contenders and it’s responsible for giving several great modern directors their first directorial credit.

Today we’re going to look at what makes Blumhouse special by finding out more about their company ethos and history. And listing off the five best films that Blumhouse has produced.

Blumhouse Productions was founded in 2000 by Jason Blum. The studio’s goal is to produce high-quality micro-budget films. These projects can then be sold to wide audiences through big studio distribution. Its first big success was 2009s Paranormal Activity, which Paramount distributed. On a $15,000 budget, it made over $193 million worldwide, putting Blumhouse on the map. Blumhouse has since had many big studios distribute their movies. Such as Netflix, Warner Bros., and in 2014, they signed a 10 year deal with Universal. Which has helped many of their productions to gain more attention through Universal’s marketing.

Blumhouse is also a haven for creatives. As it allows the filmmakers creative freedom to make the projects they want to make, even if many aren’t well received. Consequently, they have attracted a wide range of established directors to work with them. Such as M. Night Shyamalan, James Wan, Spike Lee, and more. And as previously mentioned Blumhouse has been a starting platform for several acclaimed modern filmmakers. Like Jordan Peele, Leigh Whannell, and Joel Edgerton. But what are the best projects Blumhouse has had a hand in?

Andrew wants to be a well-respected drummer, but his teacher Fletcher believes that to achieve greatness you must be truly ruthless. With the borderline abuse Fletcher heaps on him, can Andrew achieve his dream and keep his sanity? Blumhouse not only helped Damien Chazelle to produce Whiplash but also produced the original Whiplash short film to attract investors. Allowing us to get my personal favorite Blumhouse film.

Jordan Peele’s directorial debut about a white woman, Rose, taking her black boyfriend, Chris, to meet her outwardly progressive, but secretly shady family was an immediate smash hit with critics and audiences. It also became one of the few horror films to be nominated for best picture and became the highest-grossing feature debut by a black director in history. Get Out is probably Blumhouse’s most significant contribution to modern horror.

BlacKkKlansman follows black police officer Ron Stallworth, who infiltrates the Ku Klux Klan over the phone. With the help of white Jewish officer, Flip Zimmerman, he aims to prevent violence from the KKK. While a coproduction the film embodies the Blumhouse spirit of low budget passion projects with a message similar to other Blumhouse projects like The Purge. BlacKkKlansman is both incredibly entertaining and incendiary regarding its message. The fact that Blumhouse was willing to commit to something so outrageous shows why it has gained a lot of good faith from filmmakers.

Three girls are kidnapped by a man named Kevin. They discover that Kevin has twenty-three different personalities. And another personality, “The Beast”, will soon be manifesting itself, aiming to kill the girls. Can the girls make it out of their prison before it’s too late? Of M. Night Shyamalan’s Blumhouse films (the others being The Visit and Glass) this is undoubtedly the best. With two incredible performances from James McAvoy and Anya Taylor-Joy, a story that keeps you hooked with fascinating characters; a good level of suspense, Split is a rewarding ride.

With Elisabeth Moss’ bravura performance, an intriguing story about a woman fleeing from her abusive scientist boyfriend only for him to use his scientific knowledge to wreak havoc on her life and sanity and beautiful direction that builds tension to almost unbearable levels simply by using negative space within a shot, The Invisible Man (2020) is a great showcase for what low budget horror is capable of.

And so ends our foray into the best that Blumhouse has to offer. Have I missed any of your favourites? Be sure to tell me your Blumhouse recommendations in the comments.

Also Read: What Happens To Your Brain When You Watch A Horror Film