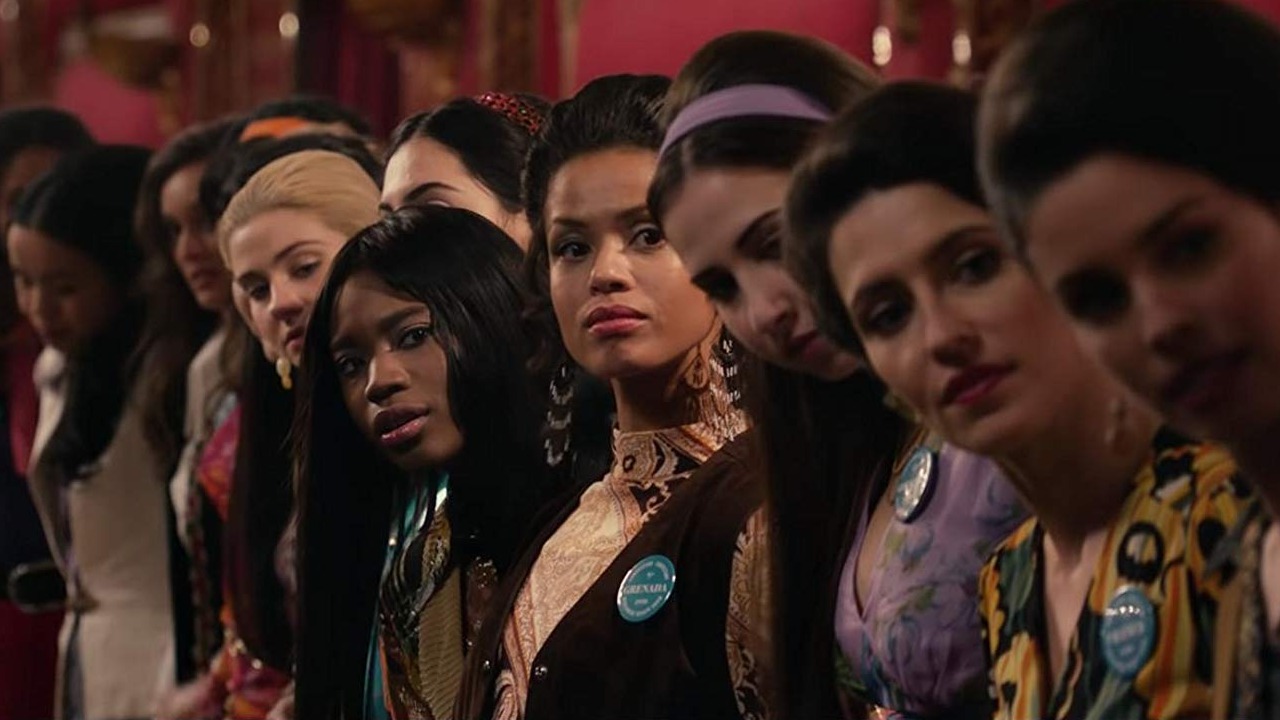 You would think that when living in the 21st Century equal pay for men and women, equal rights and equal respect would just be one of the few cornerstones of society. Well, sadly that’s still not the case at all as the fight for gender equality on all fronts is still going strong. It’s a fight that has been fought for many decades with some lows but with definitely some highs as well. An important milestone in the fight for equal rights was without a doubt the rebellious uprising of the women’s liberation movement and their enormous impactful actions during the Miss World competition in 1970. If you’ve witnessed their extremely important protest live or on television at the time than you know what we’re talking about. If not, then director Philippa Lowthorpe (Sex, the city and me) has the perfect film for you. With her Misbehaviour, you will not only get up to speed with those crucial events in the best way possible but you will also see a beautiful, funny, and eye-opening movie.

You’ve got to fight for your rights

In this film, it’s all about two different sides of society coming together during the most entertaining spectacle of 1970, the Miss World competition. One on hand you have the women’s liberation movement while on the other hand, you have the competition organisers Eric (Rhys Ifans) and Julia Morley (Keeley Hawes).

The women’s liberation movement was found by Jo Robinson (Jessie Buckley) who brought together strong women to fight for equal rights. One of them is Sally Alexander (Keira Knightly) who sadly recently had to endure the prejudices of white men during her college application for the Univesity College of London. Instead of judging her on extensive knowledge and expertise on the matters, the men judged her on beauty and asked her about motherhood and the place of women in society. After that, she decided to join the women’s liberation movement and eventually to become their spokeswoman. She doesn’t want her daughter to grow up in a society that only cares about female beauty and not the intelligence of women.

It becomes clear that that society is indeed about appearance and treating women just as a beautiful piece of meat. The most tremendous example of that is the Miss World competition. No one there seems to care about the dignity of women. No, all what the organisers and their special guest star Bob Hope (Greg Kinnear) can think of is who will be the most beautiful girl in the world. Will it be the favourite Miss Sweden (Clara Rosager) or one of the two black contestants Miss Africa South (Loreece Harrison) and Miss Grenada (Gugu Mbatha-Raw)?

While this story took place in the ’70s, not much has changed. Ok, the equal rights became more equal, there’s free daycare and a woman is allowed to open a bank account without the permission of her husband. However, the standards of beauty remained the same. You can’t have too many curves at the wrong places, you need to have the perfect measurements and heels are the symbol of femininity. Yes, those standards are still present. In some cultures, people do still believe that the place of women is only in the kitchen and bedroom.

Apart from the story, the acting performances are also what keeps this movie very interesting. After showing us her outstanding performances in Wild Rose and Judy, Buckley is again phenomenal. The timing of her cleverly written jokes is just spot on and she lifts the film to an entertaining and spontaneous film. The chemistry between her and Knightley is a wonderful one to witness. This is also because of Knightley (Official Secrets) her remarkable performance.

However, no matter how great they are, Knightley and Buckley are being over classed by Mbatha-Raw (Come Away). She lights up the screen as Hosten, the Miss World competitor who has more to offer than just beauty. Mbatha-Raw shows us a strong performance, that highlights the aesthetics of Miss Grenada but also her maturity and intelligence. The scene between Mbatha-Raw and Knightley is one of the most captivating ones. When it comes to the male cast, it’s Ifans (The Parting Glass) who steals the show with a funny and suave performance. He knows how to bring out that ‘player and female lover’ aspect of Eric tremendously.

It’s been exactly 50 years since the women’s liberation movement decided to take on the Miss World competition and so it was the right time for Misbehaviour to be released. Not only because of the importance of the topic but also just because it’s an immensely entertaining and charming movie.

Misbehaviour is out in U.K. cinemas now