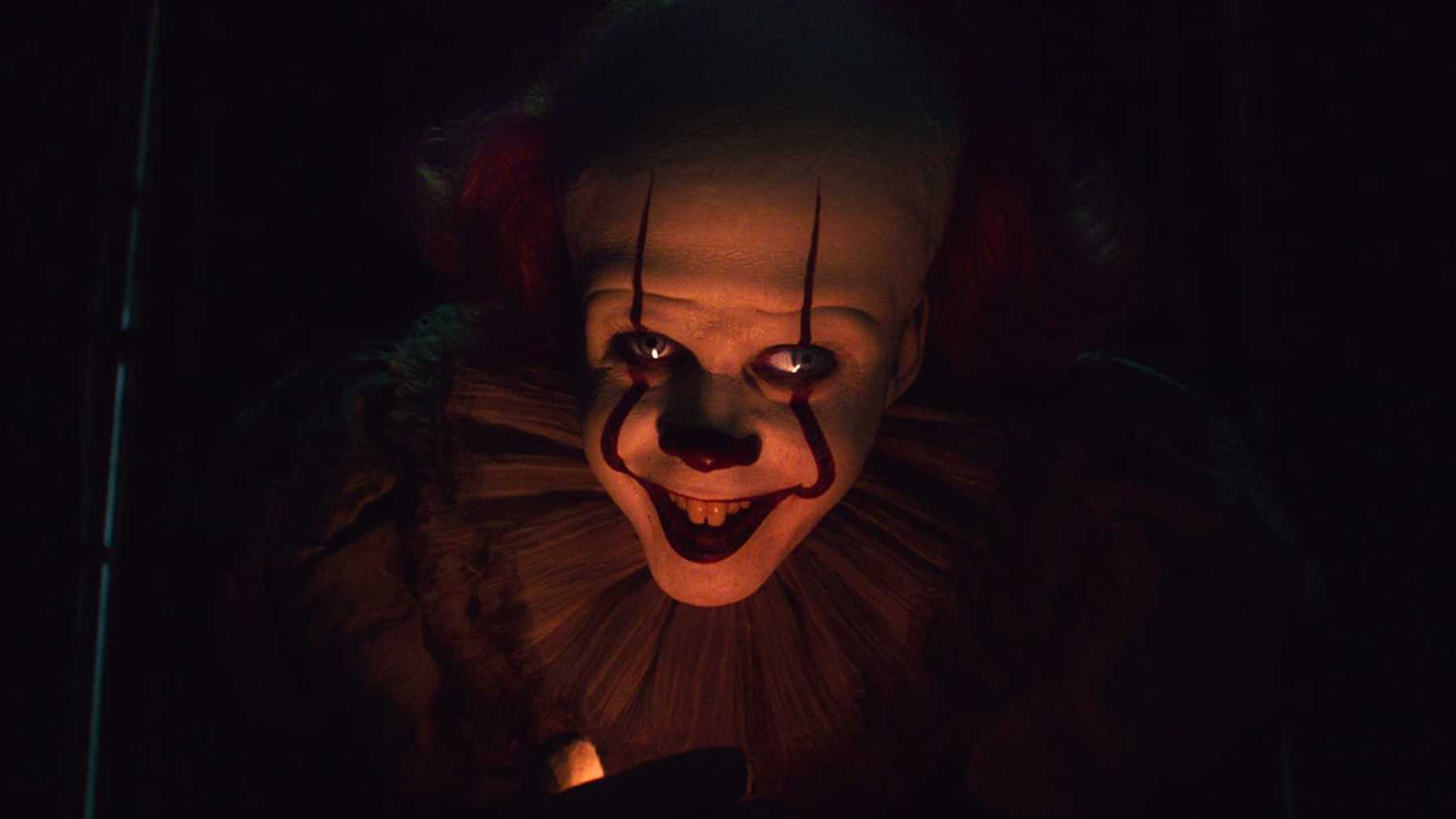 Some collect them, some don’t want to be near them. Some love them and some are trying to stay away from them as far away as possible. But what is “them”? Clowns, of course. Depending on which category you find yourself in, you’ll either love the news we’re about to give you or you will run away instantly: Pennywise is back! After success with “IT” in 2017, director Andy Muschietti (“Mama”, “IT”) thought that there was still a lot of Pennywise’s spirit left in the Stephen King novel. The result? IT: Chapter Two, a dark, spooky and visually stunning film, lead by the impeccable Bill Skarsgård.

Are you a newbie when it comes to “IT” and the horrifying Pennywise? Well, allow us to bring you up-to-speed. Meet the group of ‘losers’, a group of bullied children who became close friends through their youth. After being confronted with the death of young children, the losers tried to find the man who’s behind all the gruesome events. Little did they know that this “man” was Pennywise, a frightening clown. The friends decided to take control and to get rid of it once and for all. Convinced that they succeeded in that, their worst nightmare is now becoming reality: Pennywise is still alive and ready to spread fear and destruction again. “IT: Chapter Two” was born!

A class reunion should be fun and relaxing but it’s everything but for the grown-up losers. Beverly Marsh (Jessica Chastain), Bill Denbrough (James McAvoy), Richie Tozier (Bill Hader), Ben Hanscom (Jay Ryan) and Eddie Kaspbrak (James Ransone) get together after a disturbing call from friend and fellow loser Mike Hanlon (Isaiah Mustafa) to finish what they start 27 years ago: Kill Pennywise who’s causing dead and carnage in their town Derry. To succeed in that, the losers need to stick together again but when confronted with loss, terror and horrendous memories from the past, this might not be as easy as they thought. Will gruesome events, angst, and panic take over their lives too much or will Pennywise be defeated for good?

Give the casting director an Academy Award!

Normally we would keep the ‘acting performances’ bit for further in a review but due to Bill Skarsgård (“Atomic Blonde”, “Deadpool 2”) marvellous performance as Pennywise, we’re forced to start with it this time. We don’t only see him being astonishing underneath all the makeup but we also see a few fascinating glimpses of him as a person. Doesn’t matter if it’s as Pennywise or just as a mad man, Skarsgård stays into character the whole time. If there would be a category for Best Casting Director in the Academy Award, then casting director Rich Delia wouldn’t only be nominated but he would also be crowned as the winner. He wasn’t only able to choose the right actors for their performances but also for the impeccable resemblance with their younger-selves. Especially Hader (“Barry”, “Saturday Night Live”) and Finn Wolfhard (“The Goldfinch”, “Dog Days”) who are both funny, witty but also serious and clever as Richie. Just like him, every ‘loser’ puts on an entertaining, exciting and on-point performance. Even Stephen King makes a wonderful cameo as the shopkeeper who’s selling Bill’s old bicycle. We also want to congratulate the editing team for making such perfectly timed scenes in which the young losers and the adult ones are being crossed-over in an excellent way.

A chapter divided into two

While watching a horror film, you expect scare jumps, thrilling and dark scenes and mysterious moments. Luckily, there are many occasions like that present in IT: Chapter Two. Although you have to wait quite a while to see those. The very first scene is certainly one that fits in this type of film: bloody, violent and Pennywise. For a long time after that, the movie is more a thriller (which is not a bad thing) than horror. Still, the intimidating and electrifying scenes will keep you on your toes until the real horror sets in. The first part of the film feels like a coherent one while sadly the second part feels more like six shorts films in one movie that lead to an apocalypse.

Just like the balloon of Pennywise, the red colour is very present during this film. Whether it’s as blood, as a representation of the approaching enemy or as the typical eyes of the feared clown, it’s visible in most of the scenes. Combine this with a darker and shady intensity and you get the perfect vibe for a horror film. IT: Chapter Two isn’t only gloom and doom but there are also some colourful and exciting scenes… in which evil is lurking around the corner. One negative element of this movie is the quality of the GCI. More towards the end the quality decreased a lot which gives just a very sloppy, rushed and unfinished vibe to the film. Fortunate for us is the score what it needs to be: bombastic, creepy and over-the-top sometimes.

IT: Chapter Two is not perfect due to the clumsy special effects, the hasty ending and the almost three hours running time. It’s a phenomenal thing then that the astonishing casting, the strong acting performances (with the one from Bill Skarsgård as the front-runner), the skillfully made cinematography and the grandiose music make up for that. 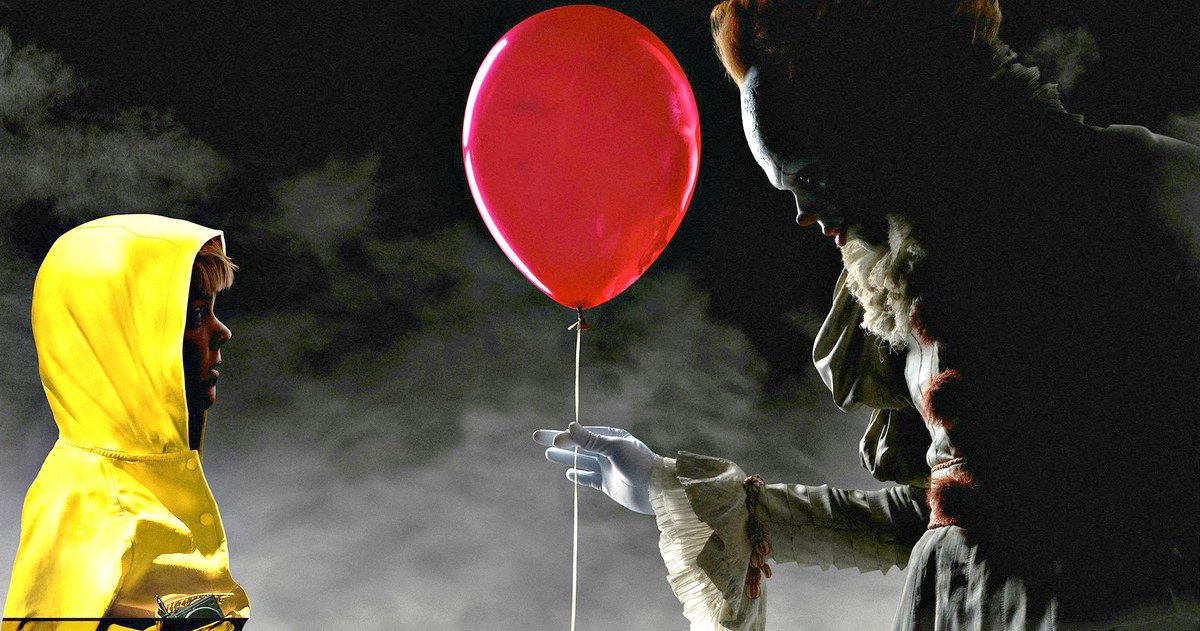 With IT: Chapter 2 being released soon, today we are going to do a quick refresher on the events of the first movie and have a quick look at what the second film has in store for us. So join us as we recap and explore the IT saga.

Primarily set in 1989, IT told the story of seven children in the town of Derry. Following them as they came of age, found friendship, love and confronted their fears. Which included various Derry citizens and a child-snatching, shapeshifting creature that took the form of both the kids worst fears and a demonic clown called Pennywise.

Each child had their own goals. Bill Denborough (Jaeden Martell), wanted to know the fate of his younger brother Georgie. Beverly Marsh (Sophia Lillis) had to escape from her abusive father and come to terms with growing into womanhood. Eddie Kaspbrack (Jack Dylan Grazer) needed to break away from his overprotective mother and overcome his fear of germs. Ritchie Tozier (Finn Wolfhard) had to battle his self-centred nature and prove himself as a true friend. Ben Hanscome (Jeremy Ray Taylor) and Mike Hanlon (Chosen Jacobs) had to deal with horrific abuse regarding race and weight and prove themselves as people. Ben by confessing his love for Beverly and Mike by standing up to injustice. And Stan Uris (Wyatt Oleff) had to learn that not everything has a logical explanation.

By the end, all the kids achieved closure. Bill accepted Georgie’s death, Beverly and Eddie stood up to their parents, Mike stood up to school bully Henry Bowers, Ben confessed his feelings for Beverly. Ritchie fought for his friends in the face of certain death and Stan accepted the surreality of the threat they were facing. Allowing the kids to defeat Pennywise, though he disappeared soon after. The children then made a pact that if It ever resurfaced, they would come back and destroy it together. The film ended with everyone going their separate ways and Bill and Beverly confessing their love for each other.

IT Chapter 2: The Cast

As the new movie takes place 27 years later all our principal characters have new actors to play their older counterparts. James McAvoy and Jessica Chastain will be taking over the roles of Bill and Beverly. Bill Hader is taking on the role of Ritchie. Eddie will be played by James Ransone. Jay Ryan will take over for Ben. Mike will be played by Isaiah Mustafa and Stan by Andy Bean. But Bill Skarsgard will be returning to continue his portrayal of Pennywise.

McAvoy, Chastain, and Hader are the standouts in the new cast purely for both their marketability and how well their star images fit with their characters, the likeable relatable leader, the driven and charismatic leading lady, and the lovable buffoon. But the other actors have all done respectable work in film and television, which suggests these characters are in safe hands. And of course, everyone is looking forward to seeing Skarsgard return to his iconic turn as Pennywise.

Behind the scenes, director Andy Muschietti and writer Gary Dauberman are both returning. Although this time there is no writing input from Cary Fukunaga or Chase Palmer, who wrote the early script that the first film was based on. Hopefully, the new film will retain the same quality writing as the first without their involvement.

And with a reported 169-minute runtime, Chapter 2 looks set to explore a lot. Including potentially what happened to Henry Bowers, with actor Teach Grant playing the older Bowers. And the trailers have teased that we could get to see Pennywise’s backstory. Or at least the basis for him. Which could be a good or bad thing, depending on how mysterious you like your villains.

With a solid foundation, a good cast, the same director and one of the same writers as the first movie and some intriguing mysteries in the marketing, IT: Chapter 2 looks set to continue the first movies prestige as one of the best Stephen King adaptations in recent years. Will it stick the landing? We’ll just have to wait until September 6th to find out.