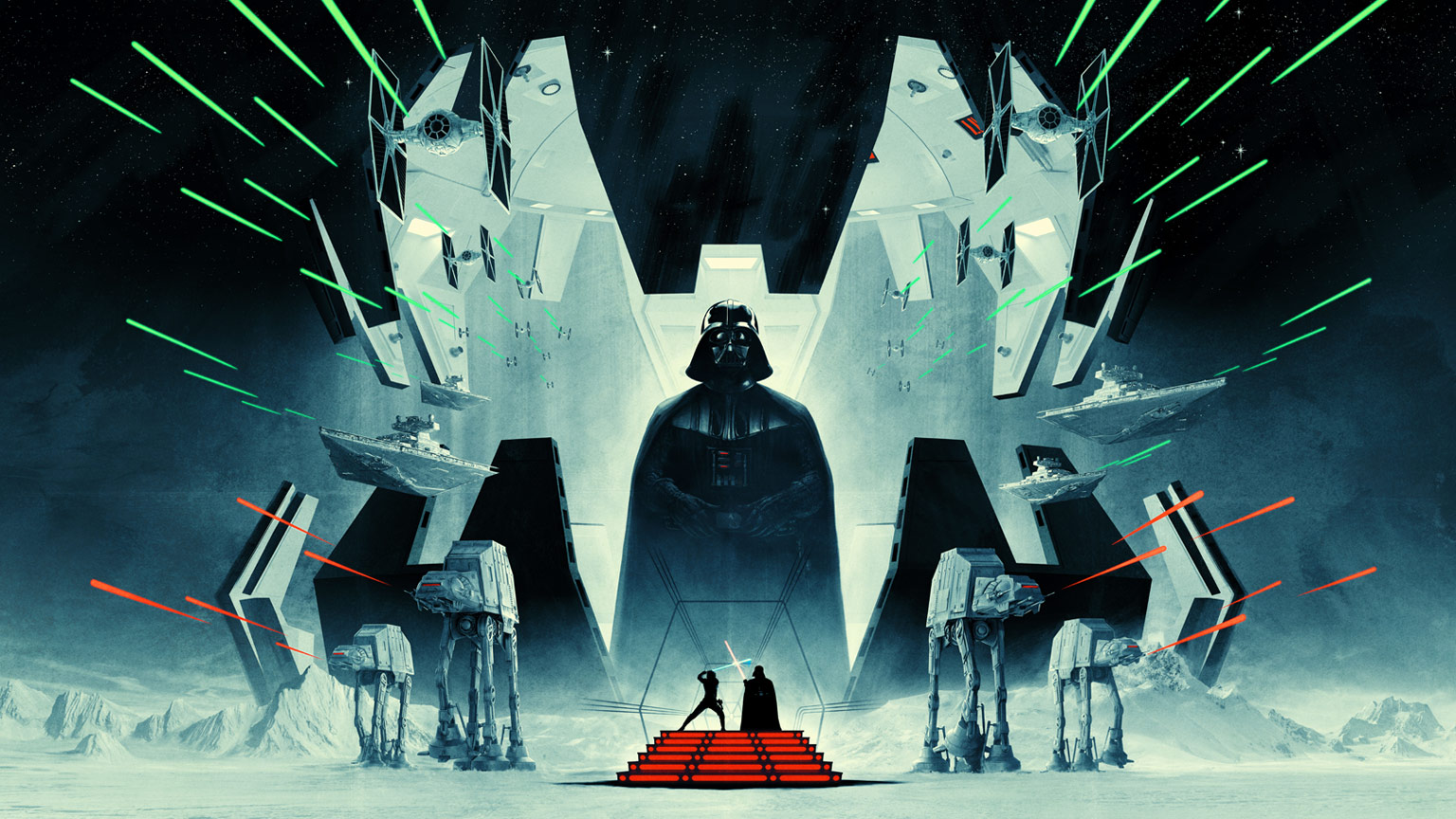 To mark its 40th anniversary and the sad passing of actor David Prowse today we are reviewing the original version of what many (including myself) consider to be both the best Star Wars film and one of the best films ever made, Star Wars: The Empire Strikes Back.

Three years after destroying the Death Star, Luke Skywalker (Mark Hamill), and the rebels are hiding from imperial forces. Who are led by Darth Vader (David Prowse & James Earl Jones). After the rebels retreat from the planet Hoth, Luke leaves for Dagobah. To continue his Jedi training with Master Yoda (Frank Oz). Meanwhile, Vader, at the behest of the Emperor (Clive Revill), relentlessly pursues Han Solo (Harrison Ford), Princess Leia (Carrie Fisher), Chewbacca (Peter Mayhew), and C-3PO (Anthony Daniels) to use them against Luke. The story culminates at Bespin’s Cloud City where the battle for the galaxy changes forever.

Empire’s production work is astounding. Sequences like the asteroid field chase required an incredible amount of work to accomplish, in terms of effects. But it feels more fluid and dramatically engaging than many modern action films. Wonderful creations like Yoda, despite being a puppet, feel very real. Thanks to the great puppetry and direction. And I must mention John Williams’ score. Which weaves between, romance, mysticism, blistering action, and oncoming doom without ever feeling overdone or misplaced. And contains the introduction of arguably film’s most iconic musical piece, the Imperial March.

Then there is Empire’s fantastic script. Which makes each character, even minor ones, feel fully rounded. While managing to be both funny, with plenty of moments of levity. And brave, as many characters end the movie having lost something. But because these emotions are built-up effectively and feel in keeping with the character’s personalities it all works. Also many may not notice Irvin Kershner’s direction thanks to the film’s natural flow. But subtle touches, like showing Vader’s power through his ship’s shadow falling over the imperial fleet, or the slow-motion Dagobah cave fight, create an effective foreboding atmosphere. Without being distracting.

And there’s the fantastic cast. A New Hope’s leads (Hamill, Ford, and Fisher) now feel more comfortable in their roles and really show their range. Believably taking their characters to brave new places. Billy Dee Williams (Lando Calrissian) is an intriguingly complex addition, who effortlessly navigates many conflicting motivations and emotions throughout his journey. Frank Oz’s Yoda is fascinating, with his weary voice and broken speech hiding the galaxy’s wisest being. Clive Revill and Jeremy Bulloch (Boba Fett) leave a great impression with incredibly brief screen time. But the MVPs are James Earl Jones and David Prowse who have more time to shine as Darth Vader. Prowse’s intimidating figure and mannerisms and Jones’ deep vocals make Vader feel like a terrifying force of nature. But they also give Vader a lot of depth through subtle vocal ticks and physical actions. Making him into the perfect cinematic villain.

Reluctantly, some criticisms of Empire are worth addressing. Firstly, the special edition releases, which update the film’s effects and included elements to fit later series continuity e.g. including Return of the Jedi’s Ian McDiarmid as the Emperor, aren’t needed. The original version is so brilliantly constructed that even minor green screen glitches never ruin the experience. Other changes serve only to remind you of other franchise films. Or to fix what didn’t need fixing (e.g. Luke screaming as he falls in Cloud City) rather than improving the story. The original version is superior.

Some also feel that Empire isn’t as strong without the first movie to attach us to the characters. However, through action and dialogue, Empire does a great job at filling in the gaps. Allowing us to easily invest in our players without needing prior knowledge.

Finally, many point to storytelling elements like the time scale and Luke’s ready belief of the twist, as narrative flaws. Regarding the time scale – Luke appears to train with Yoda for days while the Millennium Falcon crew appears to be fleeing for only a few hours – there is no concrete timeline for the length of each story. So there’s enough room for it to not affect the overall narrative flow. And while initially, Luke appears to swallow the twist too easily, plenty of information is seeded about his father’s dark past and Luke’s downfall is his unwillingness to believe the seemingly impossible. Making Luke’s ready belief make more sense.

Empire’s only flaws are either softened upon repeat viewings, problems of public perception, or the product of unnecessary re-editing. Everything else about Empire is perfect. Whether it’s the writing, directing, performances, the score, or the production work. The Empire Strikes Back is, for me, the greatest film ever made.

Also Read: The Mandalorian: A New Hope For Star Wars