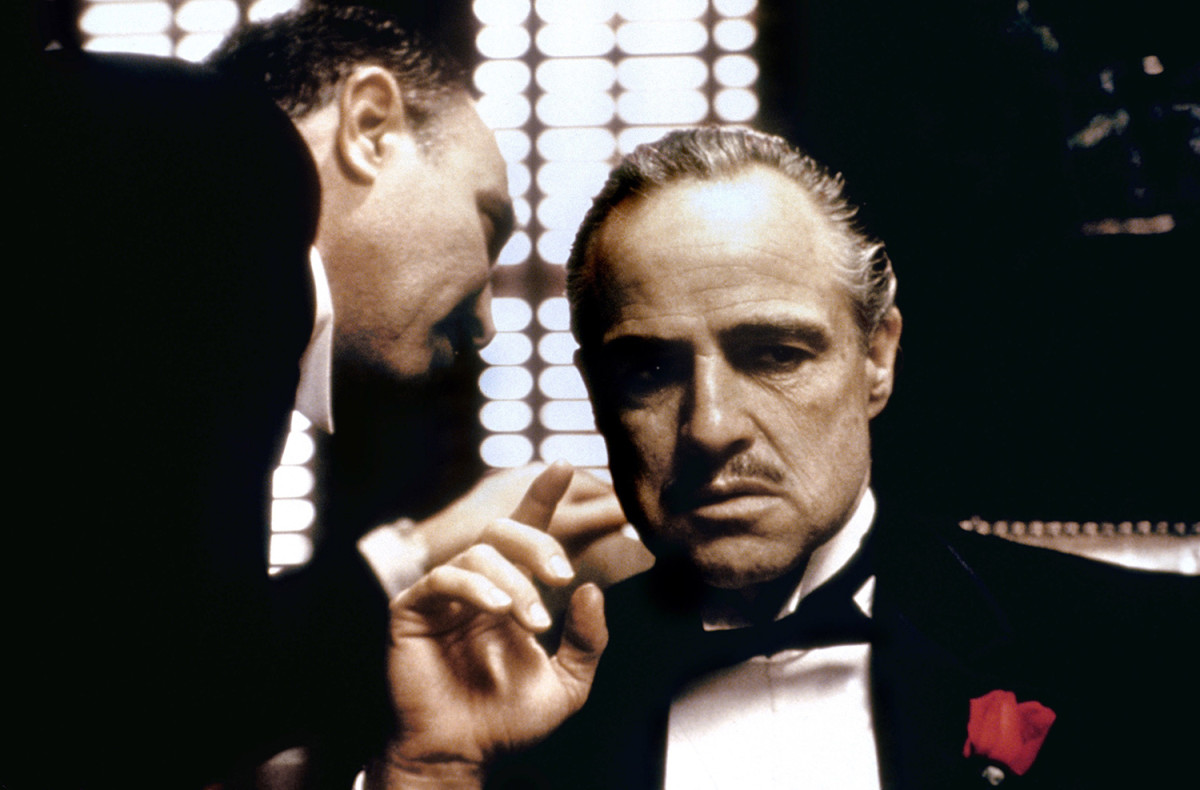 There are two characters whose portrayal have landed the actors who played them Oscars: Vito Corleone and the Joker. These are characters from a different genre of film, from different periods in cinema style and with very different personalities yet both have this rare distinction. In this article, I will focus on Vito Corleone.

The Godfather Part I and Part II are often considered two of the best films ever made (and I would agree with that assessment), bringing together a truly fantastic cast with Marlon Brando and Robert De Niro winning Oscars for their portrayal of Vito Corleone. So clear is the love for these films there is a Family Guy sketch about how The Godfather is perfect.

The Oscars are by no means a perfect measure of quality but it is interesting to think about why two portrayals of the same character were so well-received. The Godfather Part I introduces us to the character of Vito Corleone, the most powerful crime boss in New York, respected and feared, The Godfather Part II is very much an origins story for Vito. In this film we see Vito Corleone (he still has the surname Andolini at this point) as a boy, fleeing Sicily in fear of his life, coming to America, alone and trying to make his way in the world. He has a difficult life and we see how he is slowly drawn into a life of crime. Whilst Vito is a criminal figure there is a contrast between the far more restrained figure of Vito compared to his son Michael. Vito genuinely takes his role as a protector of the Italian-American community seriously yet Michael seems less concerned with this and more concerned just with power. When Michael is Godfather he radiates menace, whereas there is more of a statesman feel to Brando’s Vito.

Why Is This Character So Memorable?

To look at the actual performances – Marlon Brando is understated and calm but gives off the power and authority of the position. The first scene of The Godfather Part I sums up so much of what Vito Corleone is about; how he insists on there be justice, how he is offended that someone is trying to hire him to commit murder rather than to be his friend and ask for help. Not far into the movie Brando’s Vito is nearly killed and never recovers his strength with his other family members taking his place but he still exudes authority and gives wise counsel.

De Niro’s Vito tells the story through the other end of the telescope. It starts with a powerless child with no family sent to another country so he isn’t killed and his name taken away at Ellis Island. Part of what comes across in this film is that it was very hard for Italian-American immigrants not to be involved in the Mafia, De Niro’s Vito loses his job as his employer has to give it to a friend of the local Mafia representative. The motivations of De Niro’s Vito are not entirely clear – when he kills Don Fanucci there is an element of this is a bad guy but is his ambition also coming into play? Far more understandable is when De Niro’s Vito travels to Sicily to finally take revenge on the man who killed his family. De Niro’s Vito is also portrayed as someone who almost fell into being a gangster, with people coming to him for help with their problems. Brilliantly De Niro portrayed a man who seemed like a decent person, certainly before his life of crime starts he just seemed nice. Then there is obvious reluctance De NiroVito has to take up this position of power.

There is certainly a connection between Brando’s Vito and De Niro’sVito and this is important as De Niro’s job was not to just play a character but make it seem like he was the younger version of a character.

Vito’s relationship with his children is also a crucial part of the character. Brando’s Vito has many brilliant scenes with or about his children – talking to Michael about what hopes he had for him away from crime, to his heartbreak at the death of Sonny. With De Niro’s Vito we see a man who is very preoccupied with providing for his family and ensuring they are safe. Vito’s story in The Godfather Part II takes places over many years and the passage of time is tracked by the presence of his children. And, of course, The Godfather Part I starts with the wedding of Vito’s daughter.

The End Of The Story

Brando Vito’s story ends with his death and playing with a grandchild was probably a better way to go than many of the other options for a Mafia Boss. De NiroVito’s story ends as he is ascending to power, his revenge fulfilled and ready to lead a life on his own terms.

Vito Corleone is one of the most enduring characters in cinema – played by two of the greatest actors in the history of film and so it’s no surprise the performances were rewarded with Oscars.