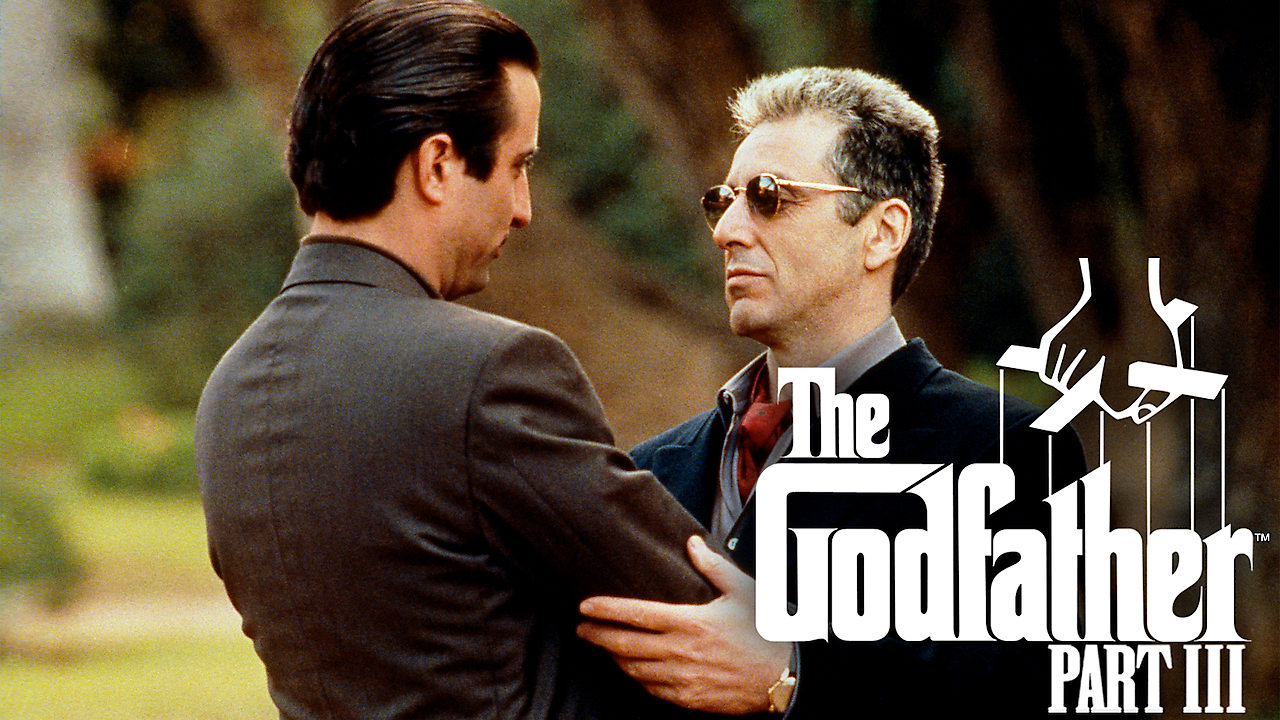 The Godfather Parts 1 and 2 are considered two of the greatest films ever made. Part 3, however, is seen as the black sheep of the series. But with Godfather Part 3 turning 30 this year, it’s time to see if it has aged well or if it should have ended up like Jack Woltz’s horse?

Years after Part 2’s events Michael Corleone is divorced from his wife Kay and trying to turn over a new leaf. Suddenly in walks Vincent Mancini, son of Michael’s dead brother Sonny. Vincent is feuding with enforcer Joey Zasa so Michael takes him under his wing.

Michael is also working to legitimize the family, but Don Altobello warns the mafia wants involvement in Michaels’s new business venture. Michael attempts to pay the mob bosses off to keep them away. He narrowly avoids an assassination attempt and Vincent realizes Altobello and Zasa are working together. Meanwhile, Vincent begins dating Michael’s daughter Mary. Vincent assassinates Zasa enraging Michael, who tells him not to see his daughter anymore.

The Corleone’s head to Sicily and Vincent defects to Altobello to get information. He discovers Altobello has hired someone to kill Michael. Michael’s business deal is ratified, and he names Vincent as the new Don. With this new position, Vincent decides to swiftly destroy the family’s enemies but have the Corleone’s underestimated their opponents?

As mentioned earlier the first two Godfather movies are seen as two of cinemas greatest films. Both won best picture Oscars. Both have iconic dialogue that’s now part of everyday conversation. They feature incredible performances from some of cinemas best actors (Marlon Brando, Al Pacino, James Caan, Robert Duvall, Robert De Niro, Sterling Hayden etc.). And both are beloved by the public and critics. They are the second and third best films of all time on IMDb and have a 98% and 97% approval rating on Rotten Tomatoes.

Conversely, Part 3 won no Oscars, currently sits at a 69% critical score on Rotten Tomatoes, and is rated 7.6 on IMDb. An incredible dip in perceived quality. But is that feeling justified?

Part 3 does have positives. Firstly, Al Pacino is great as an older Michael Corleone. His cool, ruthless nature from the previous movies now replaced by world-weary wisdom and compromise making him feel like his father from Part 1. Returning players Diane Keaton and Talia Shire and new faces Andy Garcia, Eli Wallach, and Joe Mantegna are also fun in their roles.

The atmosphere is also top-notch. The golden tinged cinematography and excellent score help give a nostalgic and operatically tragic feeling to the film.

And there are some genuinely good story moments. Particularly Michael coming to terms with his horrible past and mentoring Vincent to take over from him. Which gives this entry a great sense of finality. And set-pieces like Vincent’s apartment break-in, Joey Zasa’s murder, and the opera massacre are entertaining.

However, Part 3 has a lot of problems. And a lot of them come from it living in the shadow of its predecessors. The plot is very convoluted, like the previous entries, but aside from Michael and Vincent, no one has a compelling motivation to invest us in the action. Compared to the multi-layered characters of previous entries, this film feels generic in comparison.

The first two movies were also effective because of their realistic presentation. The dialogue felt natural and the violence hit hard because it felt so mundane. Here the action is overblown and at points ridiculous (see the helicopter assassination scene). The dialogue also feels unrealistic, with people espousing their motivations rather than using conversations to infer character motivation. There’s also an air of desperation as the movie tries to make Michael sympathetic. The Michael that series fans know, who coldly ordered the murder of his brother and pushed Kay away, is a world removed from his characterisation here. Honestly if not for Pacino’s performance it would come across as a cynical attempt to make the character appeal to a broader audience.

Finally, Sofia Coppola’s performance as Mary is terrible. It’s not her fault, she was essentially forced into it after Winona Ryder was unavailable. But her inability to emote or sound convincing is a major hindrance to the film because she has such a prominent role.

Godfather Part 3 isn’t without merit. There are some fun performances, solid atmosphere courtesy of good-looking cinematography; a great soundtrack, and some entertaining moments. But it’s overall incredibly disappointing. Most of the characters are dull, making the twisty narrative a chore. It also lacks subtlety, with the powerful realism of the first two films replaced by overblown clichés and it features an atrocious performance from Sofia Coppola. It isn’t awful but it’s a huge blemish on the Godfather name.

Also Read: Was It Really That Bad? Star Wars: The Rise Of Skywalker