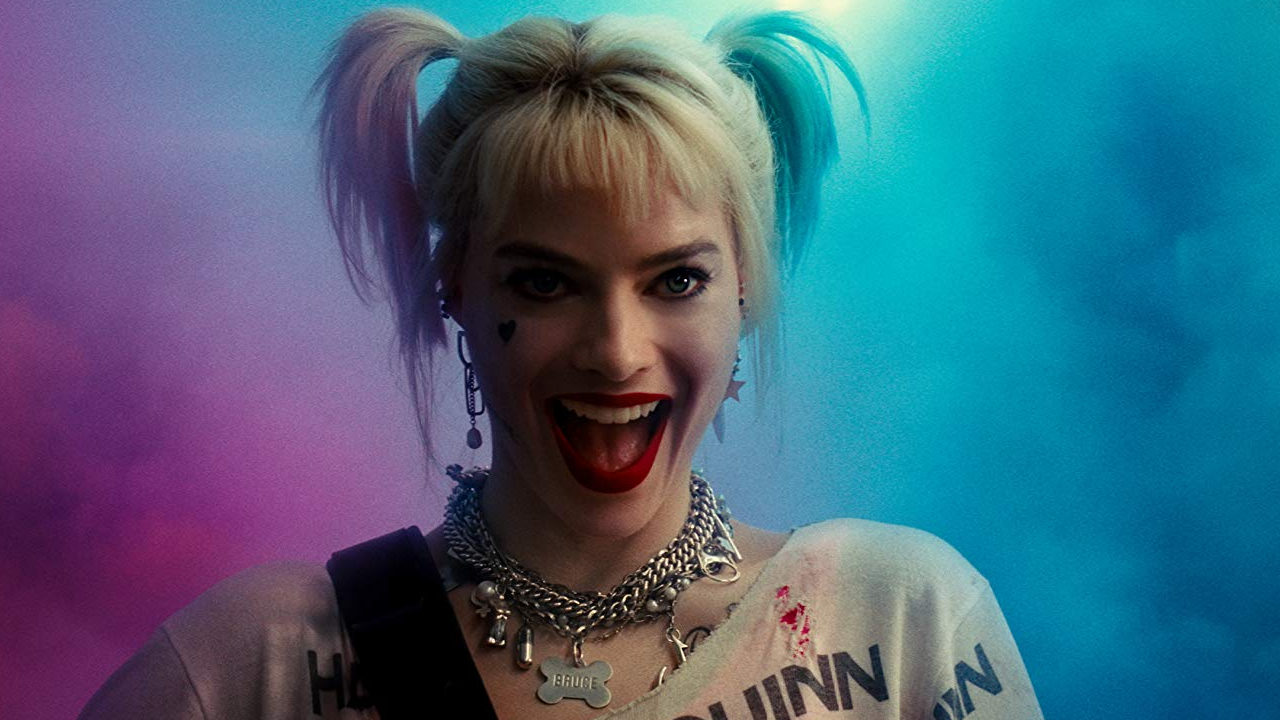 That heartbreak can cause much pain is something we’re familiar with. Whether it’s ending a long time relationship or a short fling, we are always going to handle it in our way. However you deal with it, pretty sure it’s not as drastic as Harley Quinn getting over her Joker. But who knew that dealing with a break up would this much fun! With Birds of Prey (or Birds of Prey: And the Fantabulous Emancipation of One Harley Quinn), DC has finally got the funny, colourful, vibrant and extremely entertaining film it deserves. With massive thanks to director Cathy Yan (Dead Pigs)!

They should fear me cause I’m Harley f*cking Quinn

It seems that Harley Quinn (Margot Robbie) her life isn’t rolling into the right direction. After splitting up with her “J” and taking revenge in the most explosive way possible, she’s now being hunted by everyone she has wronged. One of them is Roman Sionis aka Black Mask (Ewan McGregor). He’s the latest ‘victim’ on her list as she hurt his driver in that typical “Harley Quinn” way. After being captured, Quinn wants to save her skin. She’s being tasked with tracking down a precious diamond that holds the code to the bank account of a rich Mafia family. While claiming to be the “finder of all lost things”, this search may not be as easy as she expected, especially when that diamond has been swallowed by young hustler Cassandra Cain (Ella Jay Basco).

That’s not the only problem Quinn has to overcome. The jewel has also caught the attention of Gotham City Police Department Detective Renee Montoya (Rosie Perez). For Montoya, who has been screwed over by her former male colleague, this gem could be getting the promotion she deserves. A bad-ass assassin Huntress (Mary Elizabeth Winstead) also has her reasons to retrieve the diamond. There’s also Sionis’ driver Dinah Lance aka Black Canary (Jurnee Smollett-Bell) wants the diamond. Four women with each their own agenda, one little thief and a large number of men who are after them. Many people but just one diamond. How will this end?

If you would ask us how to describe Robbie (Bombshell, Once Upon a Time… in Hollywood) her performance in one word we would say: Superb! She nails Quinn perfectly. Both the looks as well as the emotions. Her expressive and joyful appearance just puts an instant smile on your face and when the sadder. When the strong emotions appear, Robbie’s acting makes sure that you care about Quinn every step of the way, no matter how many horrifying mistakes Quinn made in the past. Basco plays a key role in the film and she does that by putting on a wonderful performance. The connection between Robbie and Basco is just spot-on.

Smollett-Bell (One Last Thing, Hands of Stone) grabs your attention every time she appears as Black Canary, who literally and figuratively has a killer voice. No matter if it’s during the quiet signing scenes or the violent, entertaining and action-packed fight scenes, watching Smollett-Bell is such a treat. While Winstead (The Parts You Lose, Gemini Man) only makes her first appearance during the middle of this movie, she brings such a comedy element as well as immense female power. Perez (The Dead Don’t Die, Active Adults) might not have the rock ‘n roll attitude the rest of the cast has but she’s still very much fun to watch.

Don’t think that the exquisite cast only exists of women. No, there’s also McGregor (Doctor Sleep, Christopher Robin). Whether it’s as the charismatic but short-tempered Sionis or as the secretive and sinister Black Mask, his scenes are just fantastic. Saying that there’s a sensational chemistry between the leads would be such an understatement.

Tremendous talent behind the camera

There’s also the top-notch talent behind the scenes that delivered astonishing work. First up, we want to congratulate the hair and makeup team and costume department. They make from Birds of Prey the most energetic, flashy and eye-catching comic movie you will ever see. Our praise also needs to go to the stunt team and the special effects team. The many on-set stunts and the CGI added afterwards make this film go so smoothly, even though they might be over the top. We also want to thank the people who made and/or chose the music. Every song has a hidden reference and gives Birds of Prey an immense punch.

One hell of a ride

While watching Birds of Prey, it becomes clear that comic book movies are still going to dominate the box office for many years to come. If any of those could be as much fun, entertaining, stunning performed and wonderfully created, then we would be over the moon.

Also Read: Joke’s On You: The History of Batman’s Arch-Nemesis 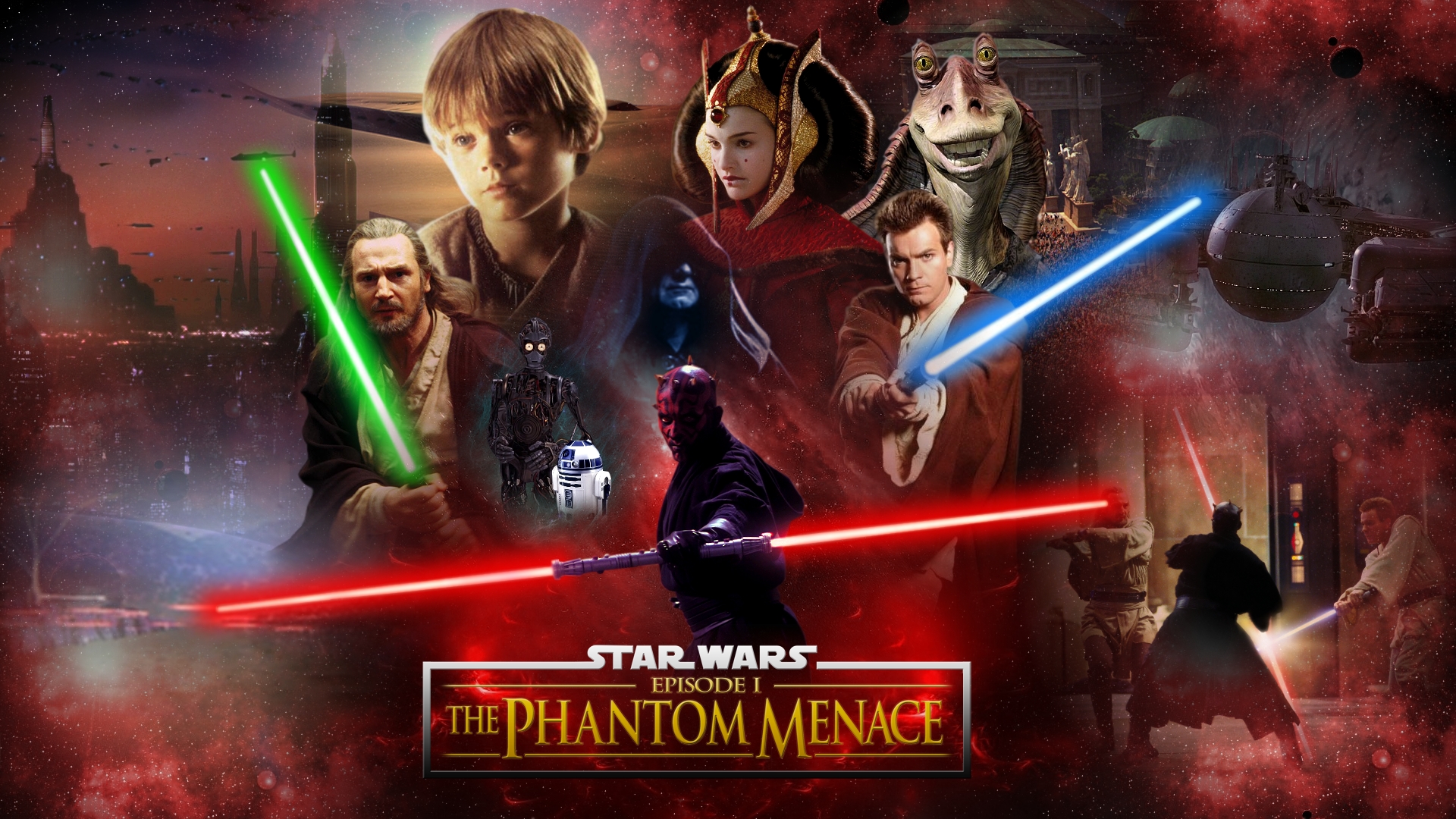 Star Wars, the franchise that conquered the world. The troubles making the first film are now legendary. But George Lucas and his team created something truly special with Star Wars and its direct sequels Empire Strikes Back and Return of the Jedi. Popularly considered three of the greatest sci-fi films ever.

After Return of the Jedi satisfyingly closed the trilogy in 1983, the franchise lay dormant, until 1999 when Episode 1: The Phantom Menace was released. This was the first part of the prequel trilogy which told the story about the fall of the Jedi and the rise of the empire from the original trilogy (retroactively renamed episodes 4, 5 and 6). But it wasn’t the glorious homecoming fans hoped for.

“Be gone with him”

After years of anticipation, initial reviews for The Phantom Menace were resoundingly negative.

“Nothing has the right to bore and disappoint us this much.”

Everything about the movie has been criticized over the years. Whether it’s uninteresting characters, flat performances, the dialogue, the boring story, a lack of understanding of is audience or the use of CG effects. Everyone has a bone to pick with the Phantom Menace.

So, I find myself in a difficult position when I say, Phantom Menace doesn’t deserve the hate it gets.

“I have a bad feeling about this”

That’s not to say Phantom Menace isn’t flawed. The film suffers from a lack of compelling characterisation. Many characters are mythic archetypes who aren’t relatable on a human level. Though they are still entertaining.

The script is full of ham-fisted dialogue that explains things rather than adding personality to the universe. Some of the performances are lacklustre (Jake Lloyd’s Anakin) or grating (Ahmed Best’s Jar Jar Binks).

And the film has a very confused tone, mixing adult political drama with kid friendly wish fulfilment and blazing action. Which just don’t gel together.

“Defiance I sense in you”

But personally, I appreciate Phantom Menace trying to grow with its audience. After 16 years the kids who grew up on Star Wars were becoming adults, so Lucas tried to take an adult look at how the problems of the original trilogy came about.

Granted it wasn’t successful, and it needed the guiding hands of others to help iron things out, rather than George doing everything himself, seemingly unchallenged. But I will always take something different but flawed over safe and boring.

“Agree with you the council does”

And there are many positives to appreciate about Phantom Menace. There are some fine performances from Ewan McGregor as the charming, younger Obi-Wan Kenobi, Liam Neeson as calm, rebellious Jedi master Qui-Gon Jinn and Ian McDiarmid is endearing and menacing as both sides of Chancellor Palpatine.

While the film drags in some parts, there are plenty of incredibly enjoyable action beats to make up for that. Like the Naboo escape scene, the pod race on Tatooine and even the overstuffed but enjoyable four-pronged finale.

The movie also has a great design and look. It’s colourful, inventive with a large variety of creature designs, sets, and costumes and it mixes early CG and practical effects in great ways to make its worlds feel bigger than the original trilogy.

And this film features some of composer John Williams’ best work. Will anyone argue that Duel of the fates isn’t one of the best songs of the entire saga?

The Phantom Menace is flawed, certainly. It would’ve benefited from having others around to iron out Lucas’ vision rather than giving him complete control.

But at its worst Episode 1 is an entertaining popcorn sci-fi film. Packed with a lot of creative ideas and it features some genuinely good work behind and in front of the camera that deserves appreciation rather than simple hate. Because as Yoda said, “hate leads to suffering.”