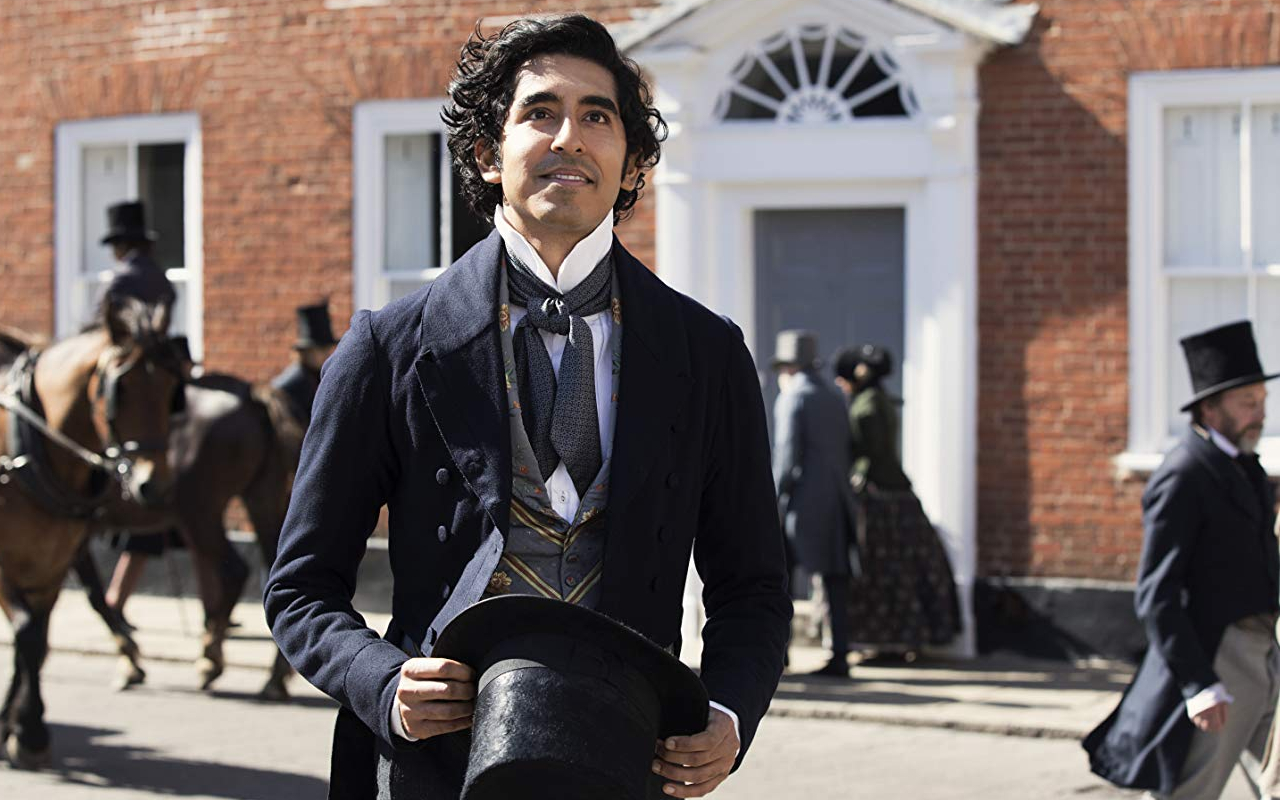 Whether you’re a bookworm that devours books in record time or whether you’re just familiar with the classics, Charles Dickens is known by everyone. Probably mostly because of Oliver Twist, A Christmas Carol, and Great Expectations. They’ve all had many adaptations and now we can also another adaptation of David Copperfield to that list. This is thanks to director Armando Iannucci (The Death of Stalin, In the Loop). He decided to turn the adored novel into The Personal History of David Copperfield, a funny, heart-warming and moving film.

Finding light in times of darkness

That life won’t be easy for David Copperfield becomes obvious from the beginning. The young David (Jairaj Varsani) and his family are coming from a poor background and the loss of his father was a hard blow to handle. He might not have much but together with his single mother (Morfydd Clark) and housekeeper Peggotty (Daisy May Cooper), he’s trying to enjoy life as much as possible. However, dark clouds are hanging above their little cottage in Blunderstone. The authoritarian Mr. Murdstone (Darren Boyd) and his equally evil sister Jane Murdstone (Gwendoline Christie) are joining the family as David’s stepfather and step-aunt. David has to undergo both mental and physical abuse by Murdstone and he’s being deprived of time with his mother and housekeeper. It even gets worse when he has to leave his family to go to work at the bottling factory, owned by Murdstone.

Many years later, David (Dev Patel) is still working at the factory and living with the nutty, clever but also very charming Mr. and Mrs. Micawber (Peter Capaldi and Bronagh Gallagher). They’ve welcomed David with open arms and are treating him like their child. However, an unexpected loss is turning David’s life completely upside down. He can’t return home due to Mr. Murdstone who’s still ruling there so he decides to go to his amusing and kooky aunt (Tilda Swinton) and his even silly cousin (Hugh Laurie). This might be the beginning of a more joyful time for David. He meets the lovely Dora (Morfydd Clark), makes new friends and lives a more luxurious life. Love, family and some money. It seems that finally, David has it all. Will he be able to escape the uncertainty and poverty once and for all or will his past catches upon him?

We all have our reasons why we cherish a particular book, novel or film so much. For director Iannucci, it was the cinematic, funny, and modern vibe of the original Dicken’s novel that made him wanted to make an adaption of it. To bring his beautiful vision to life, he worked with writer Simon Blackwell (Trying Again) with whom he already made The Thick of It and Veep. The two men certainly know how to make a wonderful and gorgeous movie.

The main reason is without a doubt the stunning performance of the overall cast. Leading the A-stars is the amazing Dev Patel (Lion). Iannucci knew from the start that he wanted Patel to portray the main character and it’s understandable why. Watching Copperfield coming to life is such a joy because of Patel’s extremely heart-warming, charming and emotional performance. He puts a smile on our faces during the joyful moments but at the same time, we can also feel the pain and uncertainty. Also, the young Varsani (Hetty Feather) portrays David in the most vividly, wonderful and contagious way.

The supporting cast? Well, what can we see about them apart from the fact that they were all on-point! This movie can certainly count on strong women. Clark (Crawl) puts on the most emotional and captivating performance while Cooper (This Country) brings immense joy and wittiness. Swinton (Suspiria) is at her best again as the unusual, peculiar but loving Betsey and Gallagher (A Bump Along the Way) is just delightful to watch as the carrying Mrs. Micawber. Christie (Star Wars: Episode VIII – The Last Jedi) brings darkness to this movie in a gorgeous way.

The male cast is as equally as powerful. Capaldi (Paddington) features as the conniving and funny Mr. Micawber while Laurie (Tomorrowland) delivers a wonderful performance as the loving man who’s sadly showing the first signs of schizophrenia. Whishaw’s (Little Joe) performance as the seedy Uriah Heep brings an even more funny, mad and witty element to this movie. A massive congratulations to the casting tea for putting such a great assemble cast together!

Elegant, heart-warming and delightfully made

While making this film, Iannucci wanted to use as little special effects as possible and that proved only to work in favour of this film. The heartwarming and joyful The Personal History of David Copperfield is a delight to watch thanks to the stunning A-cast, real-life vibe and extreme openness.