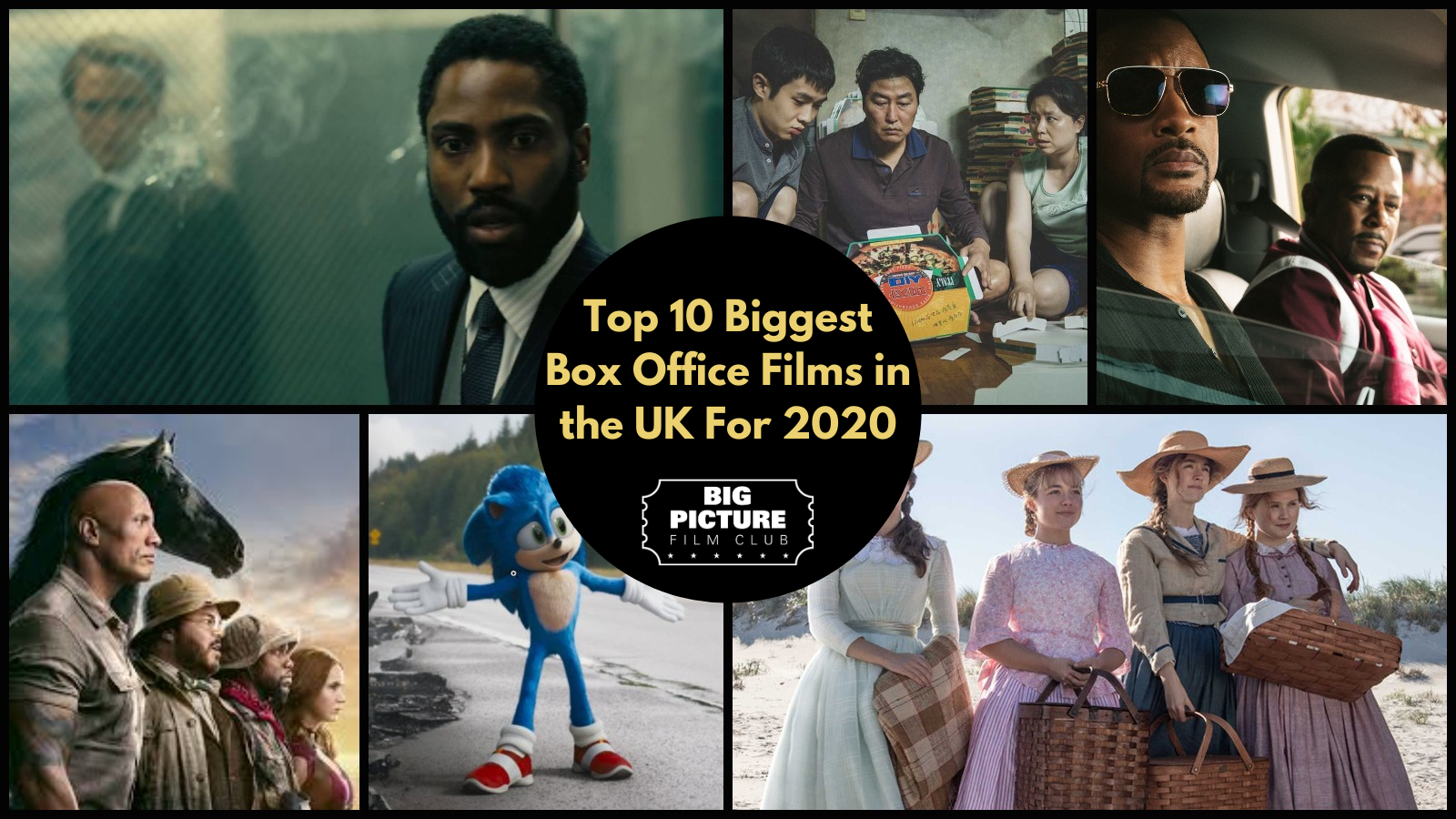 2020 has been an incredibly demanding year for the film industry. From postponing filming to delaying releases and to having to deal with fewer cinemas and more streaming platforms. While we certainly didn’t have many cinematic releases, there were still many movies that hit our big screens. When looking back at the ten most popular films, that were released in the cinema before hitting streaming platforms, it makes 2020 certainly feels much longer than only 366 days.

Yep, that stunning movie by director Sam Mendes was released right at the beginning of this year. It feels ages ago since we saw the one-shot stunning looking cinematography from Roger Deakins, telling the thrilling story of two soldiers having to prevent an extremely deadly attack during World War I. However, nothing could be further from the truth. 1917 hit the UK cinemas on the 10th of January, right before the award season during which it won 111 awards amongst which were three Oscars and seven Baftas. No wonder that this movie generated £43,903,280, especially when you look at the outstanding performances by Dean-Charles Chapman and George MacKay.

After being critiqued because of the bad CGI and the need to re-invented Sonic for his latest movie, director Jeff Fowler probably couldn’t have predicted that his film would be number 2 in the top 10 movies of 2020. With Ben Schwartz voicing the hyper-active Sonic and James Marsden and Jim Carrey accompanying him in this adventurous and joyful movie, Sonic The Hedgehog raced towards £19,148,545.

3. Star Wars: The Rise Of Skywalker

Ok, this movie was released in 2019 but due to its 19th of December release date, Star Wars: The Rise Of Skywalker was part of the 2020 box office. Director J.J. Abrams decided to bring the Skywalker saga to an end with the legendary and thrilling conflict between the Jedi and the Sith. Even after all those years, the likes of  Luke Skywalker, Chewbacca and Rey are still relatively popular as they helped Star Wars: The Rise Of Skywalker gaining £18,830,197 at the UK Box Office.

Little Women didn’t only mean another collaboration between Greta Gerwig and Saoirse Ronan but also a new revival of the story of the four March sisters. With a cast including Ronan, Emma Watson, Florence Pugh, Eliza Scanlen and Timothée Chalamet, the beautiful Louisa May Alcott’s story and the lovely cinematography, it’s no surprise that the movie collected £17,705,104.

If there’s one movie that was talked about the most this year, it’s without a doubt Tenet by director Christopher Nolan. Not only because this was the only movie (apart from the recent Wonder Woman 1984) released mid-pandemic but also because of its mind-blowing storyline, cinematography and cast. The movie ‘only’ generated £17,454,173, but knowing that it was released when not a lot of cinemas were open and that it still made it into the top five, Tenet didn’t do too bad.

It was more than 17 years since we saw the last adventures of the detectives Marcus Burnett (Martin Lawrence) and Mike Lowrey (Will Smith) and it was time to bring them together for one more investigation. The audience loved Bad Boys For Life as the movie got £15,969,160 and another sequel.

Seeing Robert Downey Jr. talking to adorable animals while stepping into the fantasy world of Hugh Lofting and his creation Dr. John Dolittle? This was something the audience could do from the 7th of February. Some people were hailing Dolittle as a wonderful escape while others were declaring it one of the worst movies of 2020. Despite those mixed reactions, the film still had a box office of £15,938,399.

8. Jumanji: The Next Level

Just like Star Wars: The Rise Of Skywalker and Little Women, Jumanji: The Next Level was released at the end of last year. Still, it was eligible for this years’ box office, and therefore it made it into this top 10. During this sequel to the 2017 movie Jumanji: Welcome to the Jungle, Dwayne Johnson, Jack Black, Kevin Hart and Karen Gillan came back together, and this latest adventure generated £14,798,295.

If there’s one movie that described the darkness and strange time we’re going through, it’s Parasite. While the storyline is different, it’s as twisted as 2020, and it seems that both the critics and audiences loved it. The story of one family taking over the lives of another wasn’t only the biggest winner of the Oscars (that photo from director Bong Joon-Ho holding those four awards seems like it was taken so many years ago) but it was also £12,033,376 worth at the box office.

This latest Guy Ritchie was the very first movie released this year, and despite its £11,555,773, The Gentlemen delivered an entertaining and action-packed movie. Not surprising though, if you know that the stellar cast includes the likes of Matthew McConaughey, Charlie Hunnam, Michelle Dockery, Colin Farrell, Henry Golding and Hugh Grant.