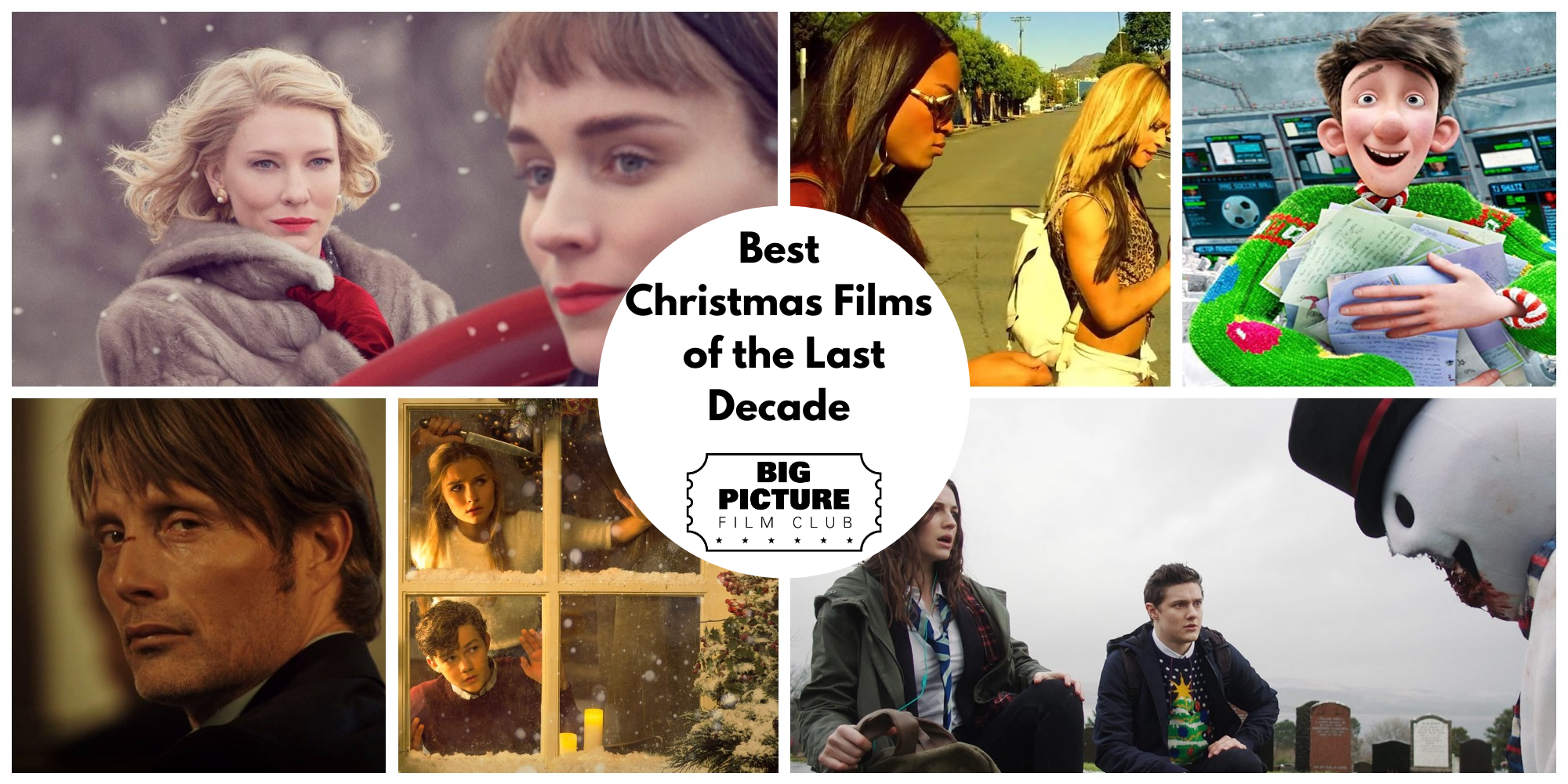 It’s Christmas time again. Time to watch some Christmas movies. But while classics, like It’s a Wonderful Life, are great; watching the same films constantly can get boring.

So today we’re giving you some new holiday films to watch by recommending the best Christmas movies from the past decade. To ensure a wide variety of selections the films will be recommended by genre.

On Christmas Eve a child’s present gets misplaced. But Santa (Jim Broadbent) and his cold, technical son Steve (Hugh Laurie) aren’t interested in its delivery. So, Santa’s clumsy other son Arthur (James McAvoy), Grandsanta (Bill Nighy), and elf Bryony (Ashley Jensen) decide to do something.

Arthur Christmas is charming. Updating the Santa story for modern audiences with Aardman’s trademark whimsicalness. The voice work is stellar. Bill Nighy’s and Jim Broadbent’s older Santa’s are particularly great, and James McAvoy’s Arthur is infectiously endearing. The modern and traditional Christmas designs blend wonderfully. And its message of unity taking Christmas into the future is incredibly meaningful. Arthur Christmas will put a smile on everyone’s face.

In this Danish drama, teacher Lucas (Mads Mikkelsen) is falsely accused by his student Klara (Annika Wedderkopp) of doing something heinous. As a result, his friends, colleagues, and neighbours turn on him and his family.

The Hunt is much darker than your average Christmas film, but the holiday setting adds a poignant edge as people begin casting stones at Lucas. The writing is hard-hitting while also making everyone recognisably human in their actions. And Mads Mikkelsen gives one of his best performances. The Hunt shows that innocent people are capable of doing cruel things to each other. But that we are also capable of something more.

Carol is about shy wannabe photographer Therese (Rooney Mara) and Carol (Cate Blanchett), who is fighting a custody battle. When they meet in the store where Therese works, there is instant electricity between them. Which over the course of the holiday becomes a relationship. But can their love survive the time they live in?

Carol is a beautiful movie to watch around the holidays. The cold snowy backdrop beautifully contrasts the warm central relationship (Blanchett and Mara are fantastic), the festive red and green hues in the production design, and the themes of love and togetherness perfectly fit the holiday setting. So, if you want to get lovey-dovey this year, snuggle up and watch Carol.

Tangerine is a foul-mouthed inversion of traditional Christmas films. There’s no snow, Santa, and little jollity. The characters spend their time mostly hurling abuse at each other. But because of that Tangerine feels refreshing. It shows us the lives of groups seldom represented in popular culture, in a very real way (Tangerine was filmed on an iPhone making it look more grounded). But it’s also scathingly funny and heartbreakingly moving thanks to a great script and the very talented unknown leads. Which is worth celebrating.

This holiday horror focuses on Ashley (Olivia DeJonge) who is babysitting Luke (Levi Miller) while his parents are out. But things take a turn after it becomes clear that someone wants to get in the house. For what reason? You will never suspect.

Despite the generic setup and some cringy moments, Better Watch Out is a treat to watch unfold, as its standard narrative soon gives way to something more engaging. The beautiful festive design (full of fairy lights and popping bright colours) and fun performances, especially that of Levi Miller, are also more than enough to keep you invested. By the end, you will be satisfied with this winter wonderland whirlwind.

It’s almost the Christmas holidays and Anna (Ella Hunt) has decided to go travelling when she leaves school, against her father’s (Mark Benton) wishes. But when zombies invade her hometown, she must work with her friends to save their loved ones.

Anna and the Apocalypse is a musical, horror, comedy, high school drama that works surprisingly well. The small-town comedy and zombie horror fit together perfectly. The drama feels earned thanks to the great writing and well-done performances. The music is a great extension of the character’s personalities. And the Christmas setting makes for some lovely set design, gags, and Christmas inflected musical numbers. A real treat for music lovers.

So ends our list of some of the best Christmas movies of the past decade. Please tell us your favourite festive movies from the last 10 years in the comments.

Also Read: Who Did It Better?: The Grinch