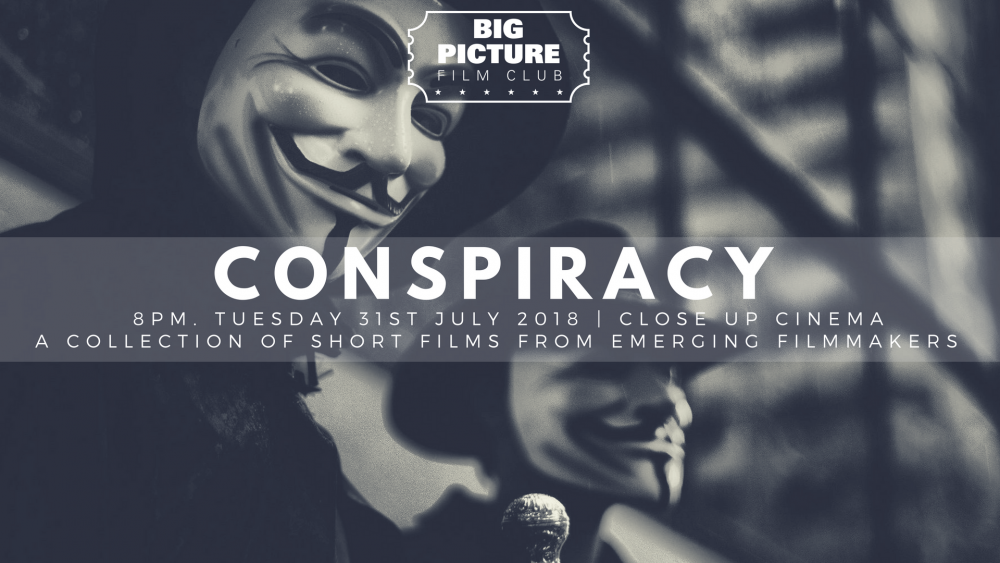 A collection of short films, from emerging filmmakers, dealing with coercion, manipulation and systems of power.

Films on the night:

The Photographer (Directed by Max Sobol):

A reclusive street photographer spends his days capturing the lives of strangers who are unaware that they are being watched. His seemingly harmless creative exploits take a more sinister turn when he begins to obsessively photograph a young physiotherapist, and an unexpected revelation forces him to come to terms with the true nature of observation, and his part in it.

Another Game (Directed by Riyad Barmania):

A group have signed up to a mysterious lottery with disturbingly high stakes, where their thirst for dominance blinds them to the risk they take.

Scott has an exceptional skill – 90% facial recognition. He has been recruited to work in a secret government initiative, seeking terrorists and criminals captured on CCTV. However, he begins to question everything after he believes he sees ‘himself’ on the monitors.

Shot on glorious 35mm film, Transmission is an abstraction of our fears over the future of post-Brexit Britain and many western countries that are now adopting protectionist and isolationist policies through manipulation and contempt.

In2ruders is a glittering nightmare about the dark side of the pop music industry. When Lumi and Narti (played by Bloom Twins), a twin sister pop sensation refuse to sign to a sinister record label, their fortunes suddenly take a turn for the worst. As one twin descends into the dark depths of depression she soon questions whether the demons invading her thoughts are just figments of her imagination or nightmares come to life.