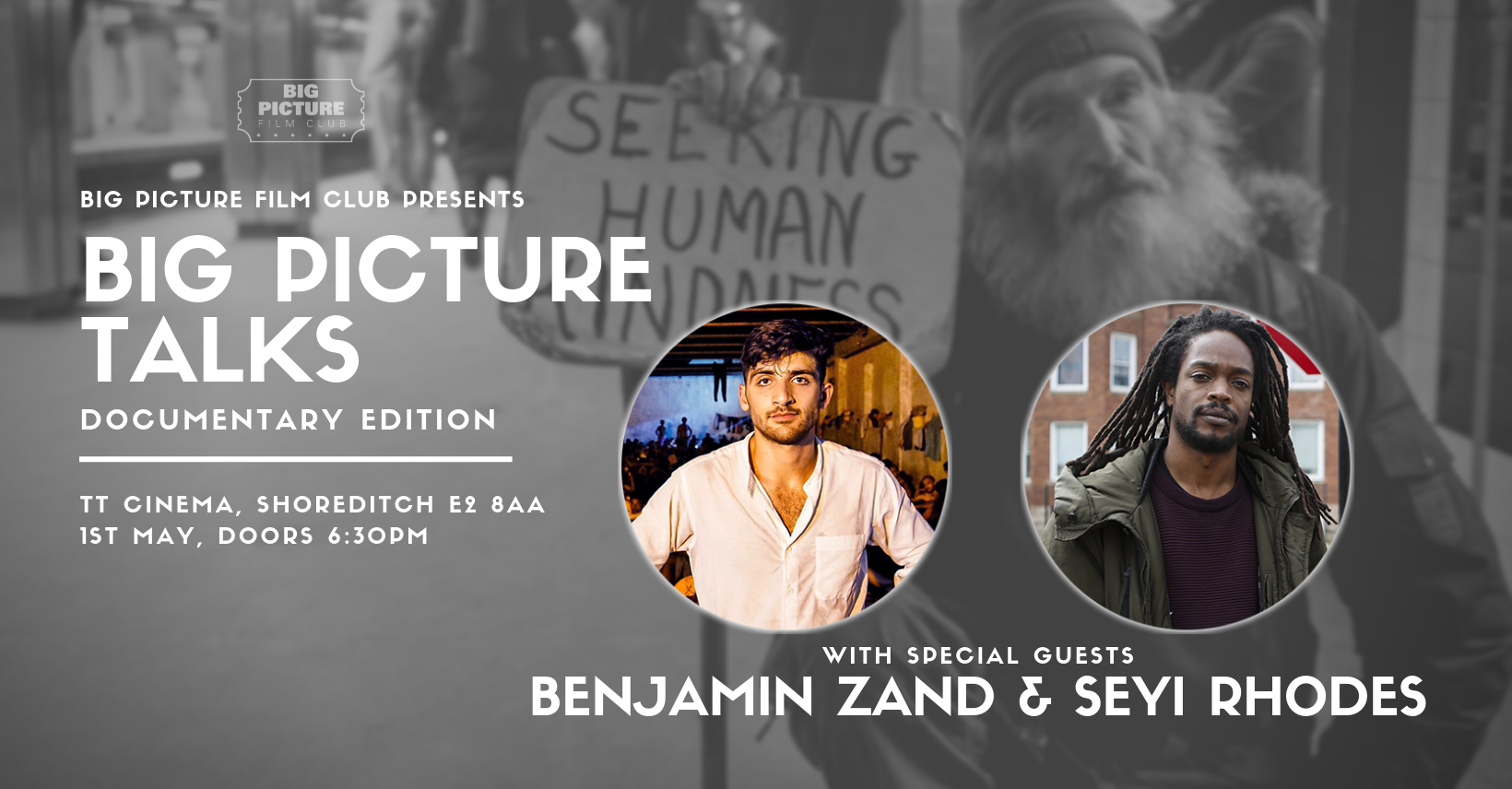 Following a screening, we’ll be discussing their journey into journalism and the stories behind some of their documentaries & more.

Benjamin Zand is a British-Iranian journalist and filmmaker for the BBC from Liverpool, England. He is the head of a BBC documentary team, BBC Pop Up and is a presenter and filmmaker for different departments across the BBC making current affairs documentaries, including BBC Two, BBC Three and Panorama.

Seyi Rhodes is a British-Nigerian TV presenter and investigative journalist from London. He has worked for the BBC, Channel 4 Television, Five Television and Current TV. From 2008, he has been the in-vision presenter and reporter for Channel 4’s Unreported World documentary series.

Our Big Picture Talks series is a live Q&A event series featuring actors and filmmakers from British film and TV.